​Arsenal manager Unai Emery has explained that it was Pierre-Emerick Aubameyang's decision to allow Nicolas Pepe to take his side's penalty against Aston Villa, and that the Ivorian must keep working on his tactical understanding of the game if he is to hit the heights he is capable of.

The Gunners won an ​eventful clash at the Emirates 3-2 on Sunday, having at one stage been a man and a goal down after John McGinn's opening goal preceded Ainsley Maitland-Niles' red card.

They got themselves back into the game just before the hour mark, however, with Pepe stepping up to score his first ​Arsenal goal from the spot - leaving many to wonder why designated taker Aubameyang didn't shoulder the responsibility. 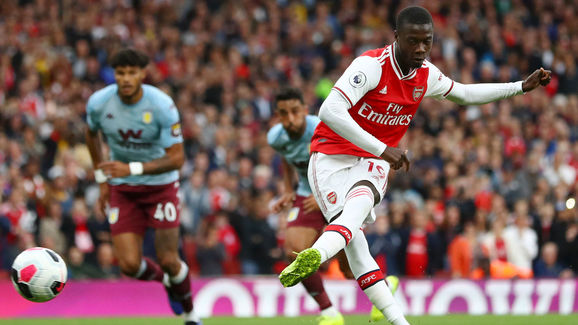 But Emery explained after the victory that it was a decision taken by the Gabon international, as he said, as quoted by the Mirror: ​Aubameyang 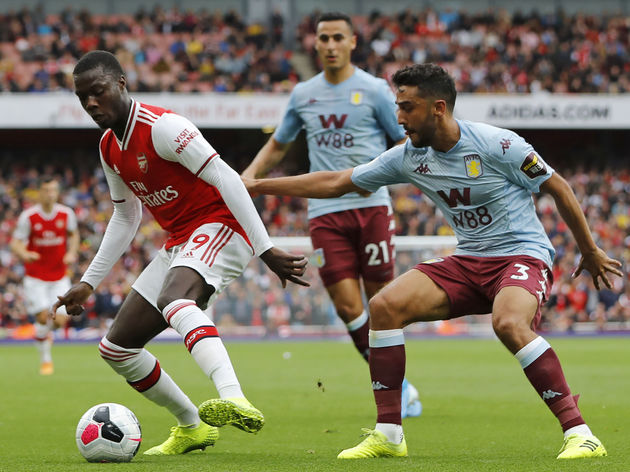 "He needs more adaptation," Emery went on, quoted by ​Metro. "He is playing good, but progressively we know there is going to be more performance in him to help us, and I want to do now quickly the last step in the adaptation for us.

"We are working with him first for that adaptation. After the training now we are watching individual videos with him, also to push him to achieve the details tactically we need for him.