​Barcelona director of football was spotted in the stands during Napoli's 4-1 win over Lecce on Sunday, where he was believed to be scouting both Fabian Ruiz and Kalidou Koulibaly.

La Blaugrana have been linked with moves for both players as early as the January transfer window, as they look to find a solution to their poor run of form. 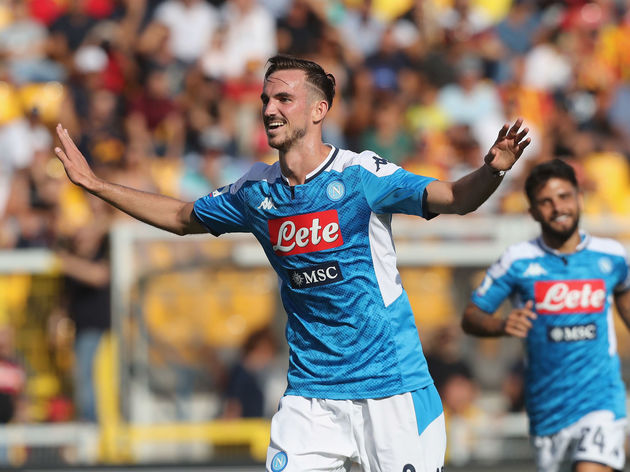 Now, as pictured by AS, Abidal was seen in the stands to watch ​Napoli storm to victory. Fabian enjoyed a particularly impressive showing, including netting a stunning goal from distance shortly after the break.

AS insist that the 23-year-old Spaniard is near the top of ​Barcelona's wish list, but Napoli are believed to be trying to tie him down to a new contract to try and put an end to the constant speculation.

He is under contract until 2023 and does not have a release clause, so Napoli will certainly not be forced to sell on the cheap. Whilst AS only discuss Barcelona's interest in Fabian, ​Marca add that it is possible that Abidal was there to watch Koulibaly as well.

The ​La Liga giants have followed Koulibaly closely for months now, but they have often been put off by Napoli's high asking price. However, after a troublesome start to the season in which they have conceded a league-high nine goals, they may now be willing to spend big to solve their problems.

The centre-back is also under contract until 2023, but he does have a €150m release clause and it is likely that Napoli will demand every cent of that if they are to part ways with their star defender. Barcelona are one of few teams who may be able to afford such a deal, but it seems as though they will prioritise a move for Napoli teammate Fabian before spending so heavily on Koulibaly.

Ernesto Valverde's side currently sit eighth in La Liga, having picked up just seven points from their opening five games.