A second half header from Karim Benzema ease the pressure on Zinedine Zidane, and ensured Real Madrid moved level on points at the top of La Liga with a hard-fought victory over Julen Lopetegui's Sevilla.

The home side started the game the stronger of the two, and thought they had the lead inside the opening ten minutes when Luuk de Jong's header found its way into the back of the net, but the offside flag came to the rescue for ​Real. 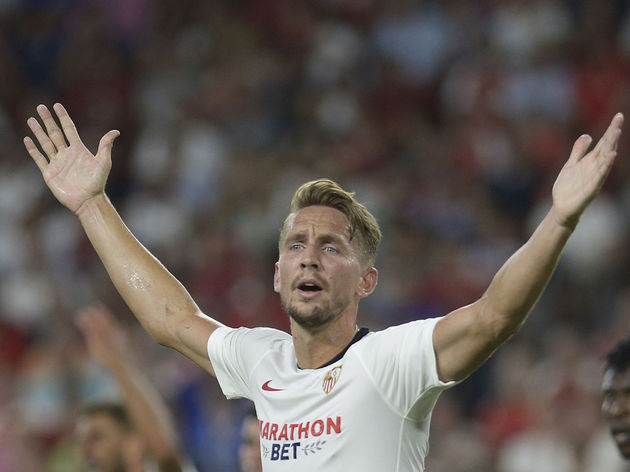 In a first half that was bereft of gilt-edged chances, Real's best spell came towards the 40-minute mark, when both ​Eden Hazard and Dani Carvajal forced impressive close-range stops out of Tomas Vaclik.

As the game grew on, however, it began to become clear which side had the experience and grit for the big occasions. Sevilla's ventures forward became fewer and further between, and though  they had created little of note in the opening stages of the second half, Real found themselves in the lead, when ​Karim Benzema expertly headed home a Carvajal cross.

The final 25 minutes were a long way from memorable, though Real  did require the  assistance from the offside flag once more, with Javier Hernandez this time on the receiving end of a late decision after poking Nolito's effort past Thibaut Courtois.

❌ Chicharito had the ball in the Real Madrid net, but it was ruled out for offside! pic.twitter.com/HvykqBoGTT

In the end, it was some way from pretty, but Los Blancos saw it out, and emerged with a potentially priceless three points.

Amid all the doom and gloom around the club at present, it's easy to forget that Real Madrid's  start to the season ahead of this one - Champions League humiliation aside - had not been disastrous, with two wins and two draws domestically.

Rather than make widespread changed from the side who suffered in Paris, then, Zidane opted to stick rather than twist, suggesting he views that result as a freakish outlier rather than a cause for concern. Sergio Ramos returned for Eder Militao in the only change, as Los Blancos looked to establish some early breathing space between themselves and their title rivals - both of whom dropped points this weekend. 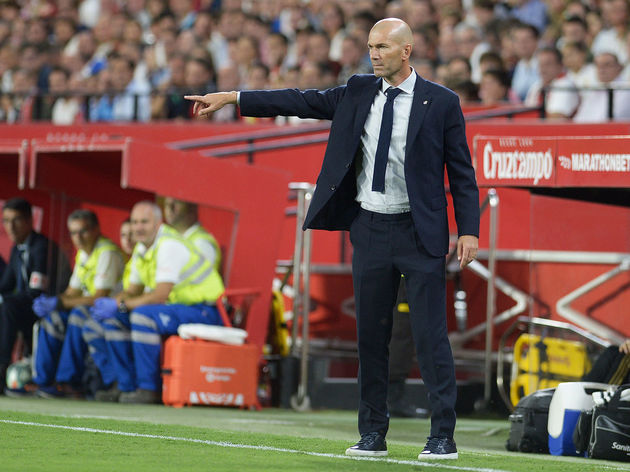 Amid all the other narrative, there were some familiar faces in the home ranks that added an extra dimension to the game. Julen Lopetegui, the man who initially replaced Zinedine Zidane in the Real hotseat before his sacking a year ago, was in charge of a high-flying Sevilla side who also featured Sergio Reguilon, on loan from Madrid, at left-back.

Unfortunately, however, while there was plenty to talk about going in, we were not treated to a classic. For long spells of the first half, the visitors were passive in possession, failing to get their substantive attacking triumvirate on the ball consistently enough to pin the home side back.

They controlled much of the second half, however, and while they were a long way from their electric best, they found a way to win - a previous trademark of Zidane's time at Real that has been posted missing too often over the last 12 months. His side are up to second in the league after a hard-fought victory at one of La Liga's most gruelling arenas, and though there is a long way to go before things are once again rosey at the Bernabeu, this win felt like a significant stride in the right direction.

His career in Madrid has been a long way from conventional, but if he can keep applying the attitude and commitment to the cause he showed here, then James Rodriguez may well go on to become a success story yet.

Our two biggest chances have come through James. Won the ball back before Benzema passed to Hazard. And now this, playing through Carvajal. Both should’ve scored

James Rodriguez is having a world class game. Unbelievable player, unreal work rate today too. Robbed of an assist there.

Correct me if I’m wrong but the work ethic from James Rodriguez since his return to Real Madrid was practically non-existant during his previous spell at the club.

He turned defence into attack for Eden Hazard's first half-chance, before engineering the opening goal with a perfectly weighted through ball to the right-back. Over the last year, Real's problem has largely been breaking down teams when they aren't at their best - and James proved here that he has all the tools to be the solution.

Sevilla travel to SD Eibar on Thursday before returning to Andalusia to host Real Sociedad at the weekend.

Real, meanwhile, play host to Osasuna on Wednesday, before that all-important Madrid derby at Wanda Metropolitano next weekend.