Tottenham Hotspur: Why Spurs Must Lean on Domestic Cups to Learn to Dream Again

Against Leicester, for 45 minutes, it felt as if the image was starting to come into focus. You looked at the game progressing and silently nodded as you counted the players into position. Serge Aurier and Danny Rose, Spurs' most natural full backs, Toby Alderweireld and Jan Vertonghen once again together in the centre-back positions. The midfield with Harry Winks at the base with Moussa Sissoko and Tanguy Ndombele ahead, Harry Kane and Heung-min Son leading the line with Erik Lamela in behind.

Not necessarily a flawless and seamless solution to a struggle for identity but certainly a step in the right direction, and one that at least on the face of it seemed fairly sensical. Spurs wanted solidarity in midfield, but still craft and guile, hence the three. They wanted to utilise Son’s pace and free up Kane a little hence the diamond shape. They’re desperate for a bit more width and pace, or even just actual full backs - hence Rose and Aurier.

Despite feeling a little more positive, what’s frustrating for Tottenham fans is, with previous iterations of Pochettino Spurs teams v1.0, v2.0, v3.0 etc, there wasn’t even a conversation about the team or shape. There was no blurring of the lines, no ambiguity and no panicked search for structure.

Early Pochettino Spurs teams had such a robust framework and philosophy ironed into them from end to end. They were fearless, they were aggressive. They pressed with such ferocity and intensity that they were almost impossible to deal with. They had a streak, they had a touch of the what you might call ‘arsehole edge’ to them. And far more often than not they had swagger and flair alongside a laser focus in equal measure. 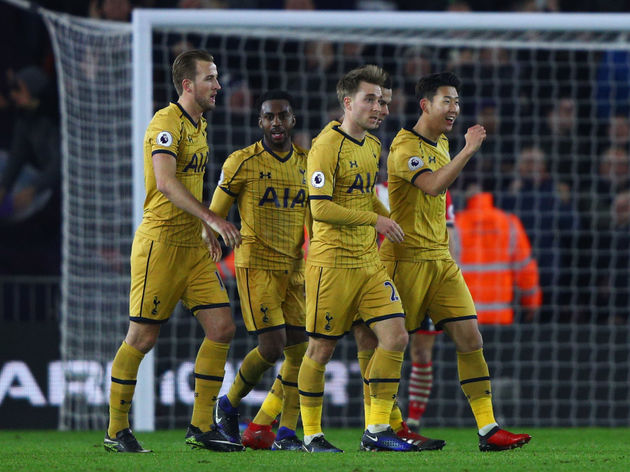 In previous seasons, when things invariably got a bit sticky at one point or another, it was this default position, mentality and structure that got them through games. It’s the ability to take a deep breath and go back to the plan that keeps everyone in unison and pulling in the same direction. There was a point in Pochettino v3.0 where people said he had chipped away and almost removed Spurs’ Spursy-ness.

Once Ricardo Pereira thumped his second-half strike into the back of the Tottenham net on Saturday lunchtime, it didn’t feel like Tottenham had that base plan anymore. That unifying vision that they should stick to through good times and bad, when in attack and in defence, wasn’t quite so apparent. Instead, it felt as if they might shrink a little and allow Leicester to take a stranglehold on the game. 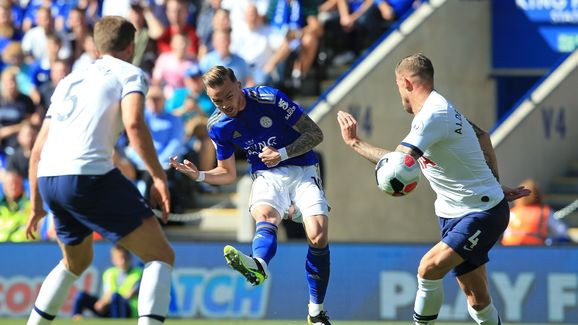 So what are Tottenham now?

If the first six games are anything to go by, they’re showing the signs of a team that have grown up, but don’t quite know where they are to take their next steps.

There is no point denying that Manchester City and Liverpool are a world away from everyone else. They have been as a duo since January 2019, a gap that is growing all the time. And whilst their playing styles and growth seems to continue to burst forward, the Spurs team resembles a group that have seen the different versions of the philosophy come and go and now don’t quite know what the 2019/20 version entails.

Spurs have spent the last four seasons in the Champions League which considering the limited investment is almost miraculous. However, it is tough to reinvigorate a team around a shared vision that seems to have a ceiling. Perhaps they’ve lost the ability to dream. Playing for third place doesn’t really sound anywhere near as sexy as title challengers. It’s likely that for Spurs fans they’ll have to succumb to the unrelenting will of ‘neutral’ fans who believe that Spurs must win a trophy. Perhaps the FA Cup and the EFL Cup represent exciting opportunities for a different type of success. 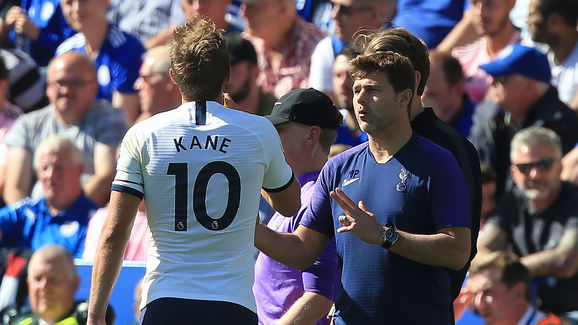 It wouldn’t be surprising to see this team suddenly be electric in cup competitions. Play for your life, do or die, one-off all important games, not too dissimilar to the matches with Man City or Ajax. Suddenly you can see the team alive and surging with purpose, unified around a shared vision. When you break it down, Spurs certainly have enough to win the FA or EFL Cup. They knocked the Premier League Champions out of the Champions League last season, brushed Dortmund aside and beat Ajax despite being on a pretty average run in the back end of the 2018/19 league campaign.

The journey for the EFL Cup will begin this week, the FA Cup in the new year. Hopefully, by the time the latter comes, there is a much clearer framework, a more defined structure and a rediscovered philosophy. What that philosophy will resemble will be no doubt built in the weeks and months to come, but in order to still progress it will hopefully be being built alongside a pick up in form and mental strength.