​Frank Lampard has admitted that he made Callum Hudson-Odoi's future an immediate priority when he took the managerial reins at Stamford Bridge this summer.

The Chelsea legend revealed he contacted the Blues starlet as soon as he was appointed in July, to outline the significance of the 18-year-old's role in his project.

Hudson-Odoi was the subject of a transfer tug of war between the west London club and German giants ​Bayern​ Munich at the time, with the Bundesliga side (relatively) long-time admirers of the youngster. 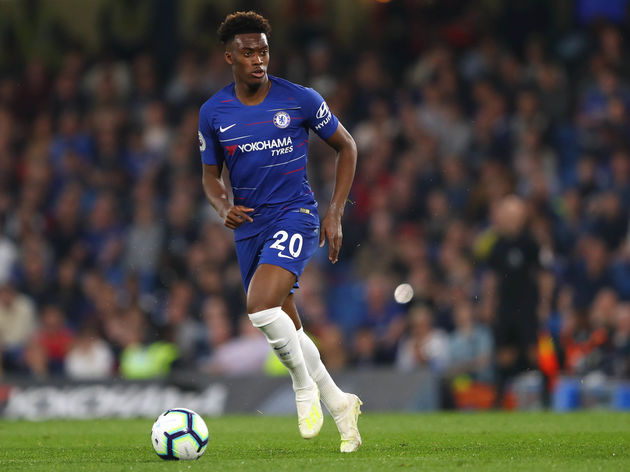 ​Chelsea were desperate not to lose the academy product having already sanctioned the sale of talismanic attacker Eden Hazard to Real Madrid.

According to reports, Hudson-Odoi was very close to accepting the Bavarians' offer, but it seems Lampard's appointment may have played a part in changing his mind.

Addressing the media ahead of Chelsea's clash with ​Liverpool on Sunday, Lampard said: "The only conversations I had with him were not persuasion, it was how I see it at the club.

Lampard says Callum Hudson-Odoi's new contract was what everyone wanted and he made it clear to the player he wanted him to stay. He adds that the hard work really starts now. #CHELIV "They have deserved them because they worked so hard in pre-season. That is a nice thing for him to see, and hopefully be hungry for, and now it’s signed and sealed we can put that to bed and get to work."