Shakhtar 0-3 Manchester City: Report, Ratings & Reaction as City Get Back to Winning Ways in Ukraine

​Riyad Mahrez and Ilkay Gundogan ran the show as Manchester City won their first Champions League match of the season 3-0 at Shakhtar Donetsk. Walker remained on the field, though he looked to be suffering. Fortunately, Mahrez's opener halfway through the opening period came to help ease his manager's nerves 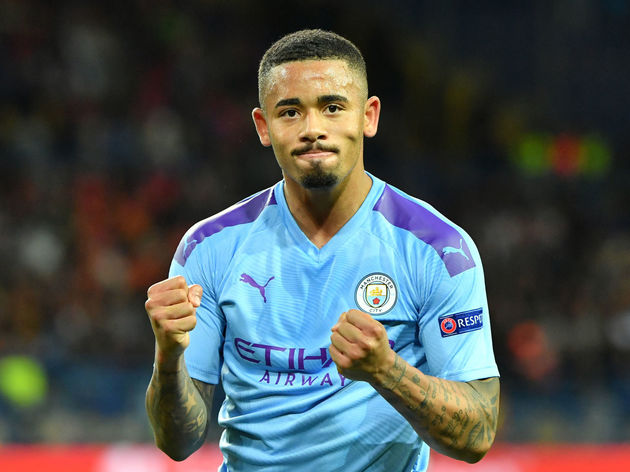 This was over by half-time. An easy start to the group stages for City.#SHAMCI pic.twitter.com/YGTQf51B4z

Walker may have carried on, but that doesn't guarantee he'll be fit for the coming weeks. The alarm bells were ringing when his night seemed set to end prematurely, demonstrating just how desperate City are getting at the back. Guardiola has no choice but to give the kids a chance, Eric Garcia the leading candidate for promotion from the youth team. Any more injuries and the youngsters will have to be thrown in at the deep, so they'd best get some experience sharpish.

Mahrez and Gundogan were a brilliant double-act for the visitors, tearing the Ukrainians to shreds in the first half. The latter marginally outperformed his counterpart, putting in a productive shift for the ​Premier League champions.

What a great goal that is!

A superb set-up from @Mahrez22 - Ilkay takes a touch before firing home!

A much-maligned figure at the Etihad Stadium, he did all that was required from him in the middle of the park as the club looked to put a nightmare showing at Norwich behind them.

The ​Champions League campaign has started in fine fashion, with the Citizens' solid display enough to keep their doubters quiet for now.

Ilkay Gundogan's goal tonight has drawn him level with Elano on 18 goals for Manchester City in all competitions.

Wow, Walker seems to be in trouble too. Another injury announcement tomorrow? Another regular starting defender out for a few weeks?

Looks like Pep's pleased with Mahrez's opener against Shakhtar! pic.twitter.com/BTF5JZPlUh

City welcome Watford to the Etihad on Saturday afternoon before travelling to Preston the following Tuesday as they begin the defence of the League Cup.

Shakhtar return to league action on Sunday at Desna, with a home fixture versus Vorskla to come five days later.