​It was a pulsating night in Greece, as Spurs cruised to a 2-0 victory over Olympiacos, and showed the steel everyone associates with the North London warriors.

Oh wait, that was my half-time notes, sorry everyone.

Spurs threw away that two goal advantage against Olympiacos (or is it Olympiakos, who knows?) with some exceptional self-sabotage, the likes of which we haven't seen from Mauricio Pochettino's men in years. 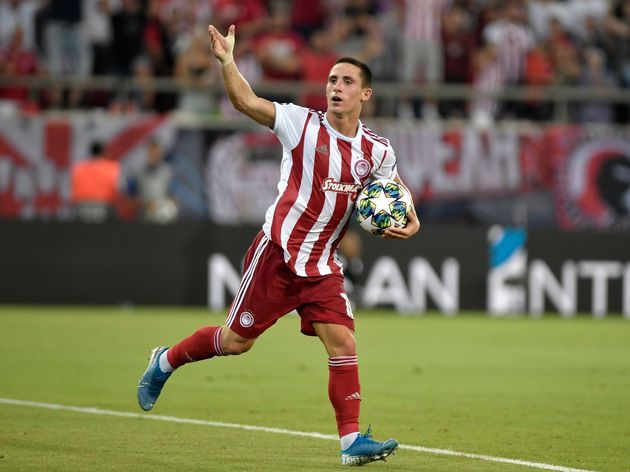 If only we had an expression for when Spurs bottle a seemingly unassailable lead... it'll come to me.

But let's rewind for a second and enjoy that magic 43 minutes when all was right and cheery in the Spurs camp.

Pochettino's team selection raised questions about the Argentine's short-term memory, or worries that he'd recently suffered a strong blow to the head. The Spurs boss started ​Davinson Sanchez at right-back despite his horror-show performance in the North London derby.

@SpursOfficial I really worry about Pochettino's mentality.
Using Sanchez and Davis was very wrong.
We should have gone strong and secure all 3 points.
Very poor decision by Pochettino again IMO.

His ability on the ball is definitely questionable, and well, we spotted that from the off.

also I hope to never see Davinson Sanchez at right back unless it's absolutely necessary! pic.twitter.com/pf3uS6k0Du

“Ben Davies a top pro”  the guy has zero pace and can’t get forward. Not good enough.

Im not going to critcise Sanchez because he isn't actually a RB.
However Davies has no excuses , this is why i want Rose starting...

So, we'll jump 40 minutes into the match if you don't mind, and Spurs are winning 2-0. They then decide to - what is that expression? Anyway, they throw it away in a spectacular way.

Spurs are proper Spursing up the Champions League already 

Spurs are spursing this up so spursy

​​​Spurs were cut open by some smart play for the first goal, but the second goal was all their own doing. Despite his error leading to the penalty, everyone was convinced ​Christian Eriksen was fully committed to the Spurs cause, putting in a solid performance full of heart and desire.

Christian Eriksen is going through the motions for Spurs at the moment. He's thinking of a brighter future. Like your last day at school when you don't go to any of the classes and get everyone in your year to sign your shirt.

Spurs should’ve cashed in on Eriksen last summer, it couldn’t be more obvious that he doesn’t want to be there.

Some people didn't agree with this Eriksen bashing.

Was Eriksen's performance that bad?

Most people did though.

Presenting your three  of the game:

He was pretty lucky not to be the three poo emoji's for me.

The main takeaway from this game was that Spurs' defence was back to its glorious best, which ironically, is its worst.

Well that was Spursy. Defence looking very suspect so far this season. Why Poch played Sanchez at RB after his dreadful performance at Arsenal I don't know.

Spurs lacking two or three players but it's been said since May and is still try after summer additions. #coys

Spurs defence in the last couple years has gone to pieces

​​And finally, we must appreciate the karma of such a tweet as this. Spurs, you really did Spursy it up once more. Hey, I got there in the end!

Weird isn't it, watching a North London club go 2-0 up against weak opposition, keeping their best passers on the pitch and playing the ball around to tire out their opponents rather than giving them 30 chances to reply