It's the most wonderful time of the year...the time when the Champions League gets going again.

No more waiting around until the weekend for your football fix, for the next few months Tuesday and Wednesday's will be choc-a-bloc with some of the best teams from around the continent competing for a place in the knockout stages of Europe's premier club competition.

One of the more interesting groups this year is Group E.

But what would a combined XI of all these teams look like? Find out below. 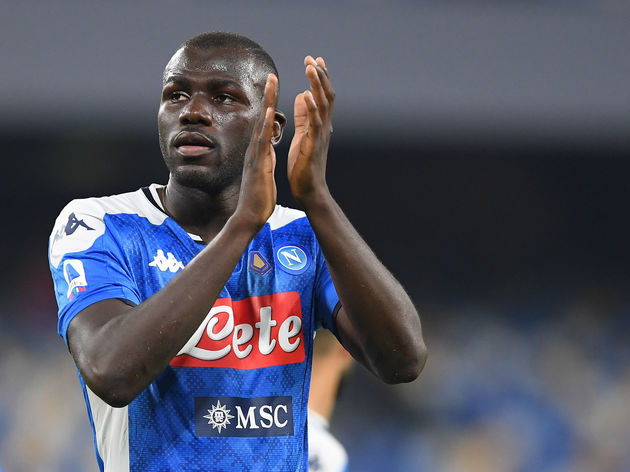 ​Alex Meret (GK) - If Alisson was fit then selecting a goalkeeper would be a no brainer. But with the Brazilian out with a calf problem choosing our number one is a lot more challenging. We've gone with the young but dependable Alex Meret in the end, though it could've very easily been Alisson - particularly after the incredible save he made against Napoli on Tuesday night.

Trent Alexander-Arnold (RB) - The first of many Liverpool players in the team, Alexander-Arnold will be hoping to continue his impressive form in Europe from last season - when he registered four assists en route to the final.

Kalidou Koulibaly (CB) - The imperious Senegalese international has now faced Liverpool's fearsome front line on three occasions and only conceded one goal. That stat alone illustrates just how good the 28-year-old has been over the past few seasons. ​Allan (CM) - A tenacious but occasionally graceful operator, Allan has been a remarkably consistent performer for Napoli over the past few seasons. Possessing an incredible engine, the Brazilian zoomed around the pitch like madman against Liverpool and his energy will be vital is Carlo Ancelotti's side are to progress in the competition.

Fabinho (CM) - Although his side lost, Fabinho put in a complete midfield performance on Tuesday night. Breaking up Napoli counter-attacks, driving his team forward and showing great composure on the ball, the Brazilian's performance illustrated just how far he's come since joining the Reds.

Georginio Wijnaldum (CM) - It was a toss up between Wijnaldum, Jordan Henderson and Fabián Ruiz for our final midfield spot. After much deliberation the Dutchman eventually secured his place. Sometimes dismissed as a functional and unspectacular midfielder, Wijnaldum's heroic second half performance against Barcelona last year displayed what a special talent he truly is. ​Sadio Mané (LW) - Mané is currently in a rich vein of form having already hit six goals in the Premier League so far this season. He is no stranger to similar scoring runs in the Champions League - scoring ten goals in 11 games during the 2017/2018 campaign. His attacking threat will be vital if Liverpool are to defend their title.

Erling Braut Håland (ST) - What?! No Roberto Firmino?! Hear us out. Here are some of

​best players of the last decade