So, in smash-and-grab fashion, Chelsea lost their Champions League group stage opener to Valencia on Tuesday night at Stamford Bridge.

And it was a tough night for the Blues, with a myriad of chances passing them by before Albert Celades' beleaguered side (at least off the pitch) stole a march on them with a well-choreographed set piece.

Obviously, with the challenging proposition of Lille and Ajax away to come, this was a less than ideal start for Frank Lampard and co. However, fear not, there is some salvation to be found in the stats. Yes, the stats. 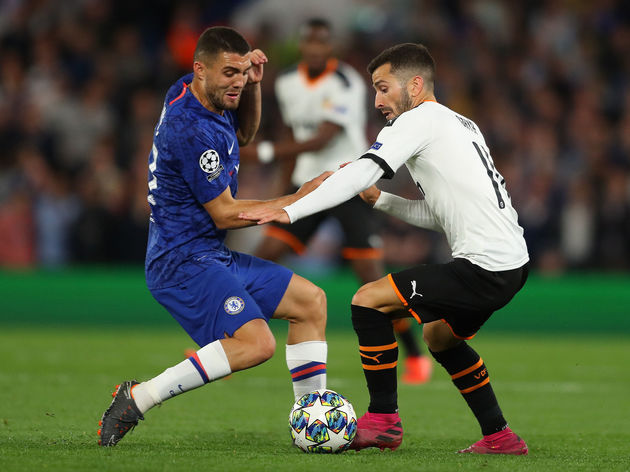 As per Opta: "This was only Chelsea’s second defeat in their last 42 Champions League group stage games at Stamford Bridge (W30 D10 L2), with the other against Basel in 2013."

Clearly, when it comes to European nights (as was also shown in that Thursday night competition that shall not be named in such a prestigious context), Stamford Bridge is a fortress, so this is likely just a blip.

Also, if you remember the architect of that Basel defeat - a certain Mohamed Salah - you can remain calm with the knowledge that a certain Rodrigo may well be making the trip back to west London more often in the near future. Let's just hope he can replicate those successes with a little more urgency than Mo, eh?

But there's more. Honest. Because remember the tide of youthful goodwill the Blues have been riding on since the start of Frank Lampard's reign? Well, that didn't end with Tuesday's defeat - Mason Mount's injury notwithstanding.

In the same list as Rooney and Raul. No pressure kid!  https://t.co/2GV09odkQh

Far from it, in fact, as Chelsea became the 'first team since Liverpool in December 2008 against PSV (Darby, Kelly, Spearing) to hand three Champions League debuts to Englishmen aged 21 or younger in the same game ([Tammy] Abraham, Mount, [Fikayo] Tomori)'.

That is an achievement that should not be sniffed at, and the product of an increasingly admirable project being helmed by Lampard.

Sure, with that loss, he may have become the 'first Chelsea manager to lose his first Champions League match in charge – 10 of the previous 11 had won, while Gianluca Vialli drew with Milan in 1999', but that doesn't mean we should throw the baby (Frank, in this case, perhaps aptly) out with the bathwater. 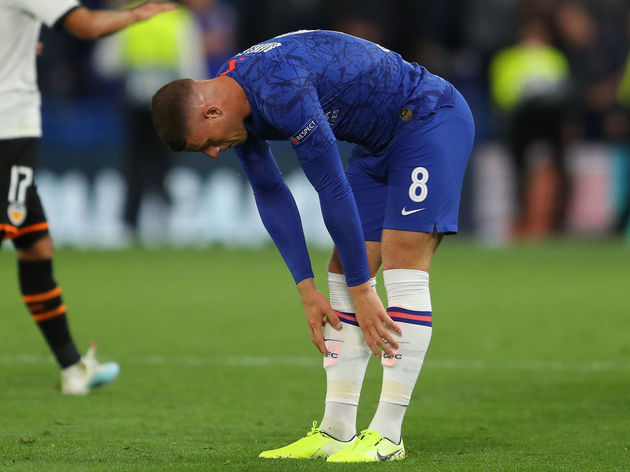 Yes, the defence must improve, but the Blues were undone by one set piece and one punishing piece of penalty-taking hubris. Tranquillity and trust are required at such times, not panic and finger-pointing.

Unless those fingers are pointed at Ross Barkley, of course, because it's clearly all his fault.