Liverpool CEO Peter Moore stayed in hospital to monitor the condition of a Reds fan who was 'ambushed' by Napoli fans in a bar before Tuesday night's Champions League clash.

According to a post on an Anfield Wrap Facebook group, the fan in question had collapsed at half-time of the encounter at Stadio San Paolo, due to 'significant blood loss', after being 'ambushed in a bar' before the game.

I’m at the hospital with Steven right now. We will not leave him until we are comfortable that he’s fine, so can everyone stop worrying for now. Trying to get him seen by a doctor, but there’s a distinct lack of urgency here from the police and medical staff. https://t.co/5ZCkWs2M65

The post was widely circulated on social media, with friends of the fan in question attempting to ascertain his condition, before ​Liverpool's CEO revealed that he was at the hospital himself.

In a tweet sent at 12:53 am, Moore explained: "I'm at the hospital with Steven right now. We will not leave him until we are comfortable that he's fine. Trying to get him seen by a doctor, but there’s a distinct lack of urgency here from the police and medical staff."

However, in a tweet sent 20 minutes later, he revealed the fan, named Steven, was being seen and thanked the staff for their cooperation, declaring: "The hospital staff and the police have now helped Steven and have been very co-operative. He's been seen and will be monitored throughout the night. He asked me to thank everyone for their concern."

A statement from the Merseyside Police on Tuesday evening revealed that two fans had been assaulted in Italy at around 6pm, after 'a number of males on scooters approached the fans at a bar'. 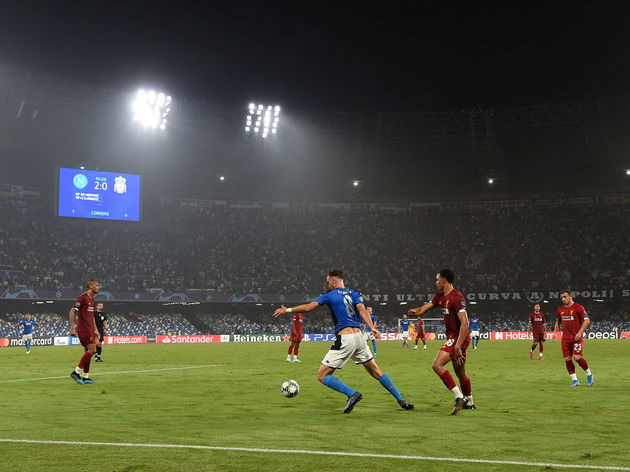 The statement added: "Two men from the UK, aged 26 and 46, sustained superficial cuts and grazes to the head and were treated at the scene before continuing to attend the match."

Thankfully, it has now been revealed that Steven, the only one of the two fans who was sent to the hospital, has been discharged.