That number, as well as Arsenal’s inability to match their opponent for attempts on goal in any game so far this season, is alarming for a team that ultimately had positive expectations after what seemed like a very good summer of recruitment. A bad run of results at the end of last season aside, it looked as though Emery had done a good job. The Gunners didn’t have as far to fall, but the Spaniard ensured the club’s first season after Arsene Wenger wasn’t as disastrous as Manchester United’s after Sir Alex Ferguson.

Arsenal even had the opportunity to get back into the Champions League via the Europa League route, an Emery speciality. Had they taken their chances in that game, things might have been different. As it was, the Gunners were ultimately embarrassed in Baku.

This season was supposed to where Arsenal kicked on into a new era. Only - for now at least - it hasn’t happened. Despite new personnel, results have just been a continuation of the end of last season. More concerningly, the performances haven’t offered much either, unlike at Manchester United, where patchy results have at least been tempered with obvious positive changes.

Bottom of the table Watford literally doubled their goal tally for the season against Arsenal in Sunday’s 2-2 draw. The Gunners haven’t won since 17 August, were played off the pitch by Liverpool and had to come back from 2-0 down at home just to draw the north London derby.

Results and performances have already seen some Arsenal fans turn on Emery on social media. And while a report from The Athletic notes that he ‘remains popular with the players’, there is said to be some ‘frustration’ within the squad over ‘repetitious training methods’.

It is interesting that Emery has apparently ditched a particular type of training session that Arsenal players are said to have ‘loved’. The Athletic further explains that, for a brief period last season, the Spaniard would ask the Under-23 team to impersonate that week’s opposition.

Rather than just watching videos, which can be boring, it helped the players better prepare in a more engaging way by coming up against a ‘mock’ version of the team they would be facing. That method is said to have lasted for just a few weeks and hasn’t been seen since. 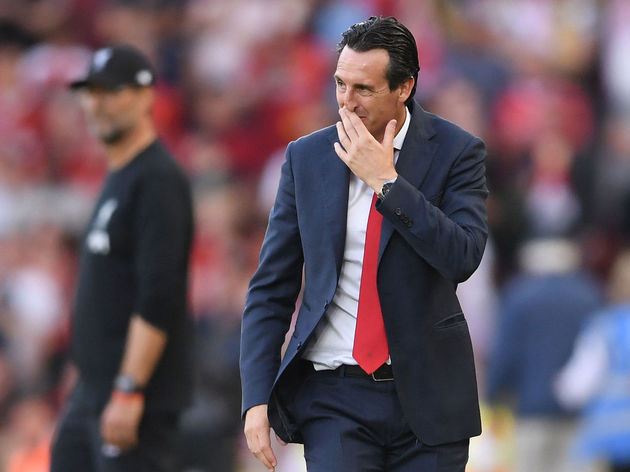 There has to be a way to get more out of a group of players who are very capable.

What Arsenal officials must now ask themselves is whether Emery is the man they want leading this project to the next stage, or has he already reached the end of the road?