The long awaited new deal is thought to have been agreed in summer and makes the 28-year-old the best paid goalkeeper in the world on a reported salary upwards of £350,000-per-week.

“It has been a privilege to spend eight years at this great club and the opportunity to continue my career at Manchester United is a genuine honour. Since I arrived here, I could never have imagined I would play over 350 games for this club. Now my future is fixed, all I want is to help this team achieve what I believe we can and win trophies again, together.

“As one of the senior players in the squad, I want to support and lead in any way that I can to assist the younger players, so they know what it means to play here. I still feel that I have so much more to achieve at the club and I truly believe that Manchester United can build on the club’s tradition of success and reward our fans for their support. 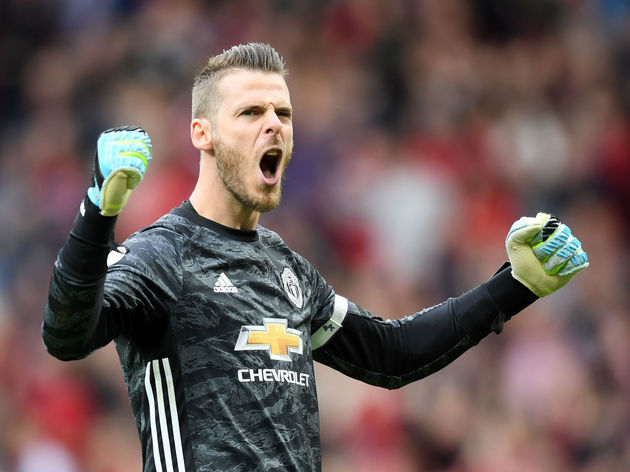 “I am committed to continue repaying the fans for all of the care that they’ve shown me during the good times and the bad.”

De Gea is already among United's longest serving players after joining the club from Atletico Madrid as a replacement for the retiring Edwin van der Sar in the summer of 2011, while his 367 games in United colours is more than anyone in the current squad.

He is one of the last survivors from United's 2012/13 Premier League winning squad, while he has also won FA Cup, EFL Cup and Europa League honours at Old Trafford.

8 years of wearing this shirt with pride  #mufc pic.twitter.com/qGjIOfHwNV

On an individual level, De Gea has established himself as one of the best goalkeepers in the world during his time in England and has been named United's Sir Matt Busby Player of the Year on a record four occasions, most recently in 2017/18.