Napoli vs Liverpool: Picking a Combined XI Ahead of Their Champions League Clash

Premier League leaders Liverpool travel to Napoli on Tuesday, looking to build on a mightily impressive start to the season and kick off their defence of the Champions League with the best possible result in Naples.

The two sides are no strangers to one another, having come face-to-face in pre-season after locking horns twice in the group stage last season - so you can be sure both Jurgen Klopp and Carlo Ancelotti will be fully aware of each other's strengths and weaknesses.

And since we all love a meaningless hypothetical, we've had a go at picking a combined XI of the players available to each of the managers. Alex Meret (GK) - For obvious reasons, as good as he is, the Napoli keeper wouldn't be the default pick. But since Alisson is out injured until October, the Italian ousts Adrian for the starting spot here.

Trent Alexander-Arnold (RB) - It really is insulting that this man is only 20 years old. He's on track to surpass 100 Liverpool appearances by November and is fast becoming ​Liverpool's assistant-in-chief, sitting on 22 and counting.

Kalidou Koulibaly (CB) - There's one place up for grabs in an otherwise-immovable Liverpool back line, and Napoli rock Koulibaly comes crashing in to make it his own. Once seen as an equal to his partner here, the last season or so has seen his rise to the top level fizzle out somewhat, but he remains one of the absolute best in his position. 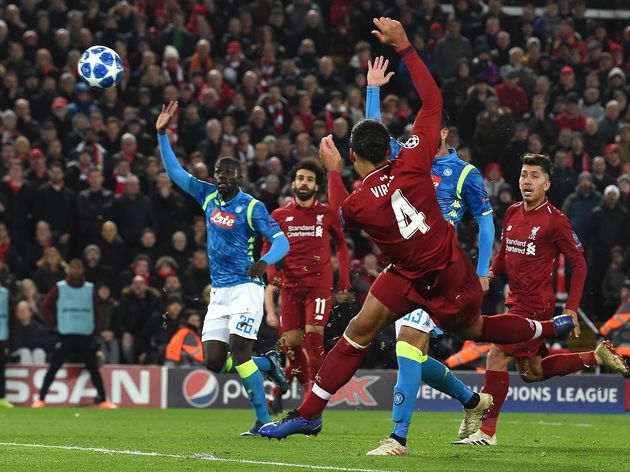 Andy Robertson (LB) - ​Napoli have had a shaky start to the season defensively but it would have taken something pretty special from either Mario Rui or Faouzi Ghoulam in the opening few games to dislodge Robertson from this XI - especially since the Scot has picked up exactly where he left off last season.

Fabinho (CM) - This is about the last balanced midfield five you'll ever come across in your life so the steady influence of Fabinho, immovable so far from the Liverpool XI, is very much required. He's been little short of phenomenal since establishing himself in the Reds side, so much so it's easy to forget he made only a 14 minute cameo in this fixture a year ago.

Fabian Ruiz (CM) - If you're nit-picking at Liverpool, then their midfield is where the room for improvement exists, with Fabinho the only player who has really forged his starting place in iron. The likes of Fabian, a standout as an attack-minded central midfielder in the Partenopei engine room, would fancy his chances of making Klopp's side.

Mohamed Salah (RW) - Napoli have some formidable wide options but there isn't a right winger in the world who keeps ​Salah on the bench on his current form. It really is strange for a one-season wonder to carry his form into a third straight campaign but we're seeing it. 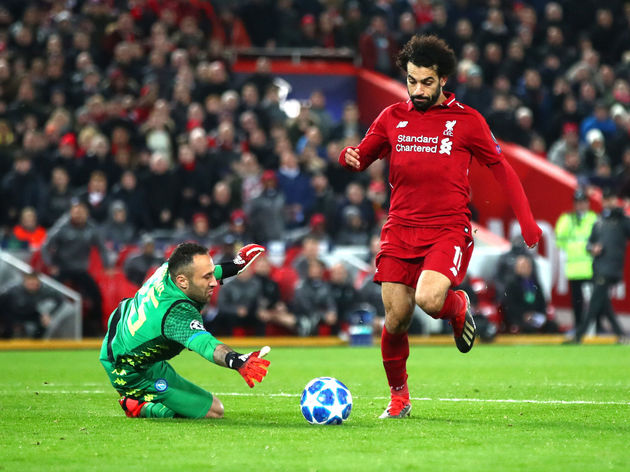 Roberto Firmino (CAM) - Admittedly shoehorned in as an attacking midfielder, this system looks lopsided with the Brazilian playing at the point of the midfield but he does enough defensive legwork to justify his inclusion, and above all else, he is miles better than any potential third midfielder.

Sadio Mane (LW) - A similar story to Salah, Lorenzo Insigne may feel hard-done by but the third cog of the Liverpool attacking triumvirate is on a different level and would start for anyone. 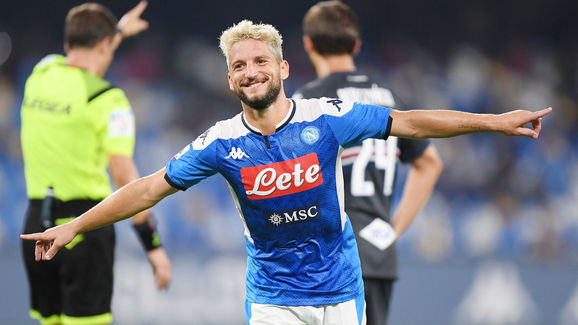 Dries Mertens (CF) - Mertens could easily swap places with Firmino in this system but you feel playing him on the shoulder with Firmino deeper adds balance to a side that is, admittedly, a tactical mess. Still, even with those three available, it's necessary to craft out a place for the Belgian, who has netted 22 goals and registered 13 assists in 50 appearances since the start of last season.