James Milner: Strange Statistic Highlights Just How Long the Liverpool Workhorse Has Been Around

It's James Milner's world, and we're all just living in it.

He's the man no-one ever wanted to admit was exceptional, but regardless went on to make over 500 ​Premier League appearances, win the competition twice, and clinch a Champions League, while still going as strong as ever for ​Liverpool at the ripe old age of 33.

​The master of reinvention, who has starred on the wing, in the middle and at full back throughout his career so far, the accolades just keep on coming. As of the 16 September 2019, another statistic has been shared that perfectly summarises the symmetrical nature of his game.

Having made his Premier League debut for Leeds exactly 6154 days ago, for ​Leeds on November 10 2002, he has now been a top-flight player for exactly half of his life.

He has not been relegated, sold to a club abroad or to one outside the Premier League in close to 17 uninterrupted years. He is Mr Consistent and Mr Constant. 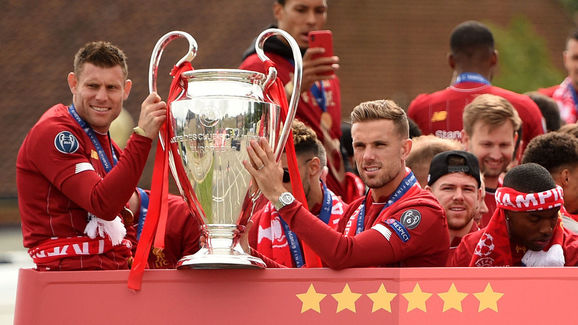 It's a statistic first brought to light on twitter by Richard Jolly, and we've no idea how or why the man stumbled across this one..but we're oh so glad he did.

However, as some party-poopers have been quick to point out, there's a technicality that puts a small asterisk beside it.

Technically but not quite. Short spell at Swindon on loan after his Leeds debut

He did, of course, join Swindon Town on loan for a month in 2003, making six appearances and scoring twice and meaning he (briefly) was not a Premier League player.