W90
WorldNews
Lists
Next Article
Picking a dream board for Juventus

Juventus forward Cristiano Ronaldo broke down in tears when shown footage of his late father praising him before his death.

Ronaldo's father, Jose Dinis Aveiro died back in 2005 from problems relating to alcoholism, when the Portuguese superstar was just 20 years old.

‘He doesn’t see me receive awards.’

In an emotional interview, @Cristiano breaks down in tears over the loss of his late father and the fact that he never got to witness his son's success.

Watch the full interview on @ITV on Tuesday at 9pm.@piersmorgan | #GMB pic.twitter.com/LybbJn31VR

"But I never saw these images. I don’t know where you…I have to have these images to show my family.

"But I really don’t know my father 100%. He was a drunk person. I never spoke with him, like a normal conversation. It was hard.

“To be number one and he doesn't see it. He doesn't see me receive awards. My family see [my success], my mum, my brothers, even my old son, but my father, he didn’t see nothing, and it was…he died young."

Ronaldo has certainly enjoyed plenty of success throughout his career. He has won five Ballons d'Or and two FIFA Best Player awards, but there have been countless other individual accolades for the Juventus man. 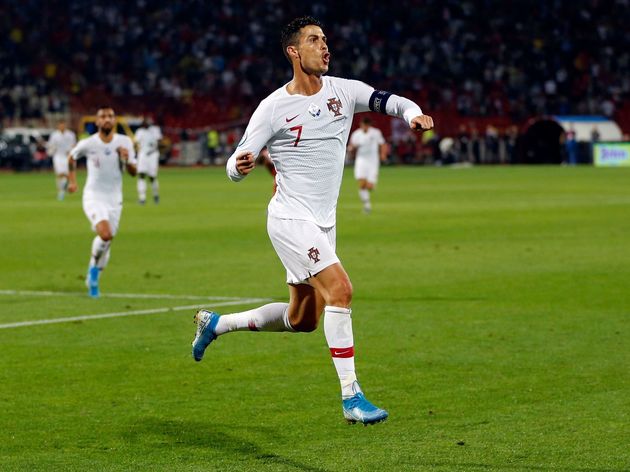 He has also won the ​Champions League on five separate occasions, and the 34-year-old is undoubtedly set to go down in history as one of the finest players in history.