The pair have helped transform Liverpool into one of Europe's finest sides, with Klopp's tactics and Van Dijk's leadership both vital to the Reds' run to Champions League glory last season. 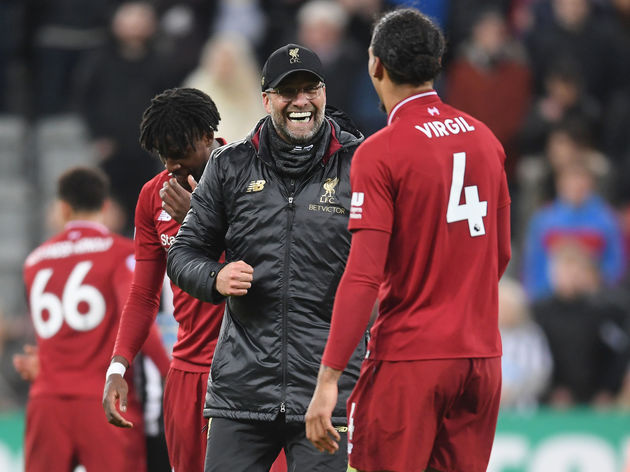 There is no doubt that the two are amongst the very best in their respective roles, and ​AS claim that ​Real and ​Barcelona are both well aware of their qualities. The two ​La Liga sides are planning some drastic changes, and they both want Klopp and Van Dijk to lead them going forwards.

Beginning with the manager, Real officials are thought to be uncertain as to whether Zinedine Zidane is the right man for them, and the same can be said of Ernesto Valverde at Barcelona. Neither manager has earned many fans in recent months, and AS state that both clubs are already considering alternatives.

Klopp is thought to be highest on their wish lists, having proven to be one of Europe's finest managers. However, they also want to hire him because they feel that would give them the advantage in the race for Van Dijk.

As perhaps the finest defender around at the minute, it is no surprise that Van Dijk has attracted interest from Real and Barcelona. The La Liga rivals are both looking for new centre-backs, and signing Van Dijk would be a real statement of intent from either.

However, the fundamental problem is that ​Liverpool do not want to part ways with either. The Reds are ready to do whatever it takes to try and retain Klopp and Van Dijk, and the only thing that would change that would be for either to actively push for an exit - something which does not look like happening. Liverpool are determined to keep getting stronger in pursuit of silverware, and parting with two of the most important parts of their team is clearly not in their plans.

They currently sit atop the ​Premier League standings, having opened up a five-point lead over rivals ​Manchester City. Liverpool are desperate to win the league title. so losing Klopp or Van Dijk is not even an option for them.