Since the transfer window closed and killed dead any concrete transfer speculation, ​Lionel Messi's hypothetical Barcelona exit has become one of the major stories in European football.

But while we had previously had no word on where he may actually go if and when he decided to call time, with vague suggestions he could join Andres Iniesta in Japan or head to MLS, reports have now boldly named David Beckham's Inter Miami as a potential destination.

Beckham's new franchise will make their debut in the 2020 season which gets underway in March, and their squad is still in the embryonic stages of its development, with just four players announced as having signed - most recently Vancouver Whitecaps midfielder David Norman.

They are yet to add any marquee stars to their ranks ahead of their debut campaign, and while it's reasonable to expect them to venture into Europe to recruit one or two big names, ​the Sun say that Beckham is eyeing the coup of all coups, and wants to take advantage of the reported clause in Messi's contract that will ​allow him to leave on a free as of next summer.

Yep, that's the same Messi who is currently second favourite for the Ballon d'Or, after a season that saw him score 51 goals in 50 appearances.

Regardless of the facts, the report pushes ahead with claims that Beckham desperately wants to make the move happen, and wants to bring Messi in for the start of the next MLS season in March - when Barcelona will hope to be firmly in the throws of a Messi-inspired Champions League campaign. 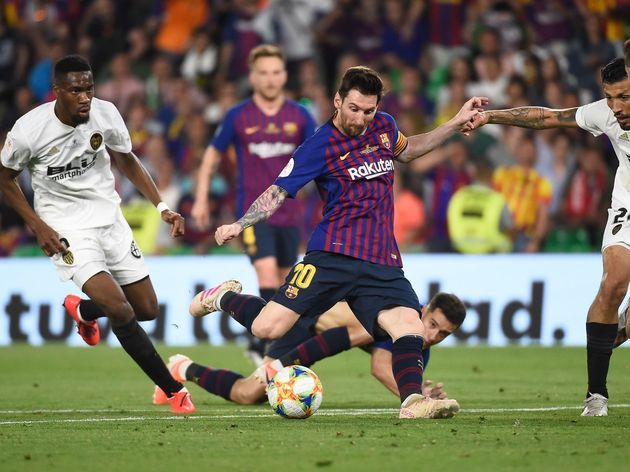 If interest does come to fruition, then it may all hinge on how keen Messi is to secure a move away from his beloved Barcelona.

But let's be real - an MLS move would make no sense while the Argentine is at the peak of his powers. Try this one again in a few years' time.