Norwich's bewildering victory over Manchester City on Saturday evening was significant one for more reasons than one. Yes, it may have been the first notable blow in what should be another engaging slog of a title race, but for the victors, it put to bed any lingering suggestions that they are one of the favourites for the drop.

Their start to the season had been nothing if not entertaining, but while they won themselves no shortage of new fans through the goalscoring exploits of Teemu Pukki, there was no escaping the fact they had conceded ten goals in the opening four matches - while winning just one of those.

Questions were raised over whether they had the firepower or resolve to offset their shaky defensive record, but when the champions came to town for game number five, they were answered with aplomb.

What a win for the Canaries who fought so well and held strong in the dying stages to earn a famous victory!#NORMCI pic.twitter.com/nrZD4fZq55

Racing into an unthinkable first half lead via Kenny McLean and Todd Cantwell, ​Sergio Aguero's first half header briefly opened the game back up, before that man Pukki - with already his sixth of the season - put it out of reach - even for Pep Guardiola's centurions. 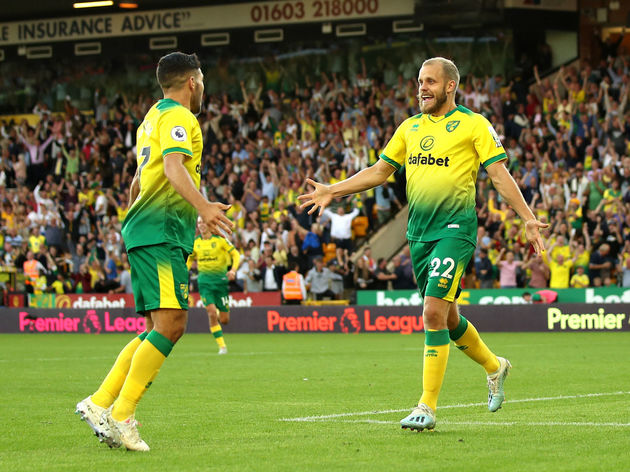