Watford vs Arsenal: Stats Make Gunners Favourites With a Draw An Unlikely Scenario at Vicarage Road

​Arsenal travel to Vicarage Road on Sunday looking for a win that will place them back in the top four, but come up against a Watford side who welcome back former manager Quique Sanchez Flores to the dugout with the club rock bottom of the Premier League table.

A torrid start to the 2019/20 season has seen the Hornets accrue just one point from their opening four fixtures, conceding a whopping six goals so far in their two home matches.

Those poor results saw the end of Javi Gracia, who was shown the exit door after the Hertfordshire outfit drew away at Newcastle - with an announcement coming during the international break that also saw the immediate re-appointment of Flores.

For Arsenal, Unai Emery will know victory will take into the top three in the league, after a mixed start to the campaign has seen them amass seven points from their four fixtures.

On paper the early indications would be leaning towards an away win and, unfortunately for Hornets fans, the stats back up that claim.

The previous three meetings between the clubs have seen Arsenal emerge victorious without conceding a single goal. Last season this fixture ended 1-0 to the visiting side, 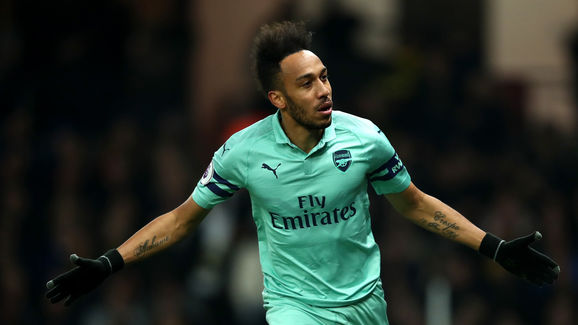 As one of only two sides yet to win in the division, along with Wolves, the Hornets could equal their worst start to a season since 2011/12, when they failed to win any of their first five matches in the Championship.

We've got two exciting Sunday afternoon games to bring you:

Stick with us for the coverage. 

Based on recent history, one thing we can expect is that this clash won't end level. None of the 12 top-flight meetings between the club has ended in a draw (six wins apiece).