Barcelona are open to offers for Samuel Umtiti when the January transfer window opens - with Juventus rumoured to be interested in the French defender.

Another injury setback for Umtiti, this time a foot problem that could rule him out for five to six weeks, has led ​the Spanish champions to question his dependability at the heart of their defence. 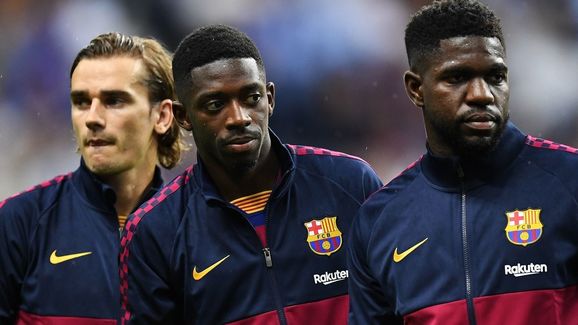 Juventus, meanwhile, are motivated by injury concerns of their own, with Giorgio Chiellini's ACL surgery ruling him out until at least March and leaving the Old Lady short when it comes to experienced central defenders.

Umtiti has been linked to Manchester United and Arsenal in the recent past, but ​Calciomercato cite Chiellini's absence as Juventus' motivation to bolster their young defensive talent of