​Barcelona travel to Signal Iduna Park on Tuesday night to play Borussia Dortmund in their first Champions League group game of the season.

The Catalans go into the clash off the back of a 5-2 victory against Valencia on Saturday, with Frenkie de Jong, Gerard Pique and Luis Suarez scoring after 16-year-old Ansu Fati had grabbed the opener. Prior to the win, La Blaugrana had managed a solitary triumph in La Liga this term. 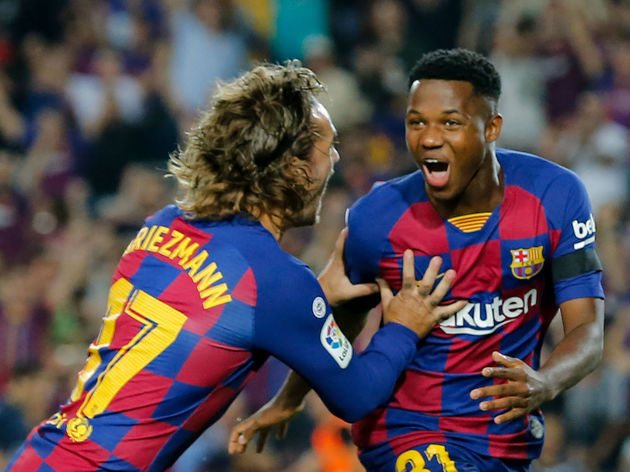 Meanwhile, the Germans crushed Bayer Leverkusen 4-0 in the ​Bundesliga to record their third league win of the season. Lucien Favre watched his side tear their opponents apart in a devastating display that showed they are genuine contenders for ​Bayern Munich's throne.

Here's our preview of the showdown.

Lionel Messi is back in training for Barça, but he's unlikely to start the game as he bids to regain full fitness. Ousmane Dembele will miss the clash with his former club, as he currently as a hamstring strain. ​Dortmund, meanwhile, are without defensive duo Mateu Morey and Nico Schulz, whilst midfielder Patrick Osterhage is likewise absent with an inflamed knee. 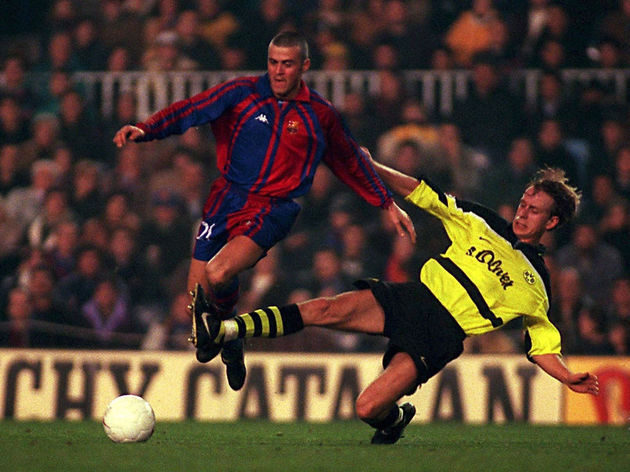 European champions Dortmund lost the tie 3-1, going down 2-0 at Camp Nou as Rivaldo and Luis Enrique netted for the ​La Liga giants.

The Germans were unable to overturn the deficit in the return leg, with Giovanni increasing the gap inside eight minutes at the Westfalenstadion. Jorg Heinrich got one back shortly after the hour, but it had no bearing on the trophy's destination.

Barcelona were decidedly shaky as they got their title defence underway in domestic matters. Nevertheless, a solid showing in the win over Valencia will keep their detractors quiet for now.

Frenkie de Jong is growing into his role in Valverde's system and looks set to play a significant part in their quest for a sixth European Cup. Fati is another prospect blossoming in the

Lucien Favre's Dortmund were stunned by Bundesliga newbies Union Berlin prior to the international break, but have since got their title challenge back on track with a convincing triumph against Bayer Leverkusen.

Jadon Sancho continues to sparkle for club and country, and Marco Reus will come into the game in high spirits - as will Paco Alcacer - after netting at the weekend.

Barcelona looked in good nick on Saturday, though it is important to remember that Valencia are a shambles at present. Los Ches do not offer the same kind of threat Sancho and co do. 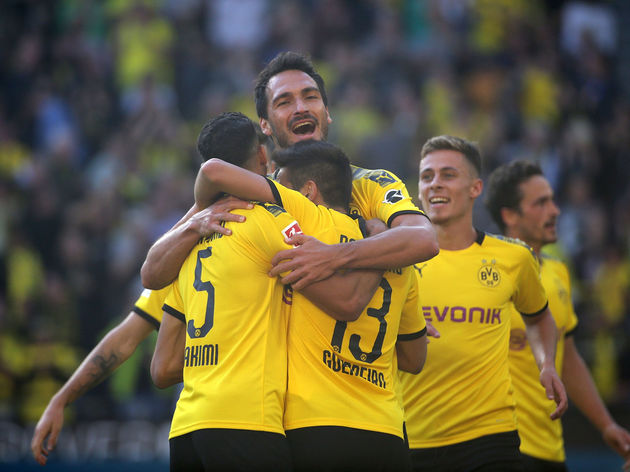 Who will cope with the weight of expectation better? Dortmund don't have an amazing record of keeping their heads went the heat gets turned up, potentially handing Valverde's men an advantage.

However, La Blaugrana themselves have not been at their peak this season and could end up the ones wilting at the Westfalenstadion. Once BVB find their groove, they are unstoppable.