​Liverpool full-back Andy Robertson was keen to heap praise on his teammate Roberto Firmino, describing the Brazilian as 'frightening', following the Reds' 3-1 victory over Newcastle on Saturday afternoon.

Firmino started the afternoon on the Liverpool bench, but was soon brought into the action when Divock Origi went off injured in the first half. The 27-year-old's introduction changed the game entirely, and he played a crucial role in Liverpool's final two goals. 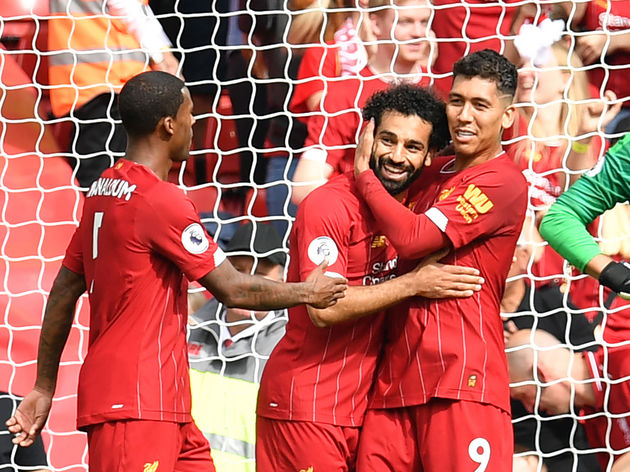 His impact on the team has not gone unnoticed by his teammates either, as Robertson heaped praise on his Liverpool colleague in the 25-year-old's post-match interview, as reported by ​Metro.

The Scottish international especially enjoyed Firmino's incredible assist for the Merseyside club's third goal, bamboozling the defence with a deft flick straight into the path of teammate ​Mohamed Salah, whose goal put the game beyond the away side.

‘It was a special goal,’ Robertson said. ‘Bobby’s [Firmino] vision is frightening and Mo’s finished it off. 3-1 after a tough international break is always a good result."

​Liverpool had fallen behind thanks to a stunning strike from full-back Jetro Willems, but a brace from ​Sadio Mané meant that Jurgen Klopp's side went into half-time leading the contest.

Is Firmino allowed to do this kind of stuff on TV before the 9PM Watershed?

​Firmino controlled the game as it wore on, providing some genuine moments of class, putting his teammates in on goal with impressive tricks and flicks.

The ​Newcastle defence simply couldn't cope with the ex-Hoffenheim forward, and succumbed to an inevitable defeat. Liverpool fans will be hoping for more of the same from their terrifying trio of strikers, when the Reds face Napoli in the Champions League on Tuesday evening.