From Old Trafford - Leicester are a force to be reckoned with this.

With Kasper Schmeichel bringing energy, experience and a calmness between the sticks; Caglar Soyuncu and Jonny Evans give stability at the back; Ben Chilwell and Ricardo Pereira are both technically excellent forward-thinking full backs; Youri Tielemens, Wifred Ndidi and Hamza Choudhury bring a lovely blend of muscle and technical ability in midfield. 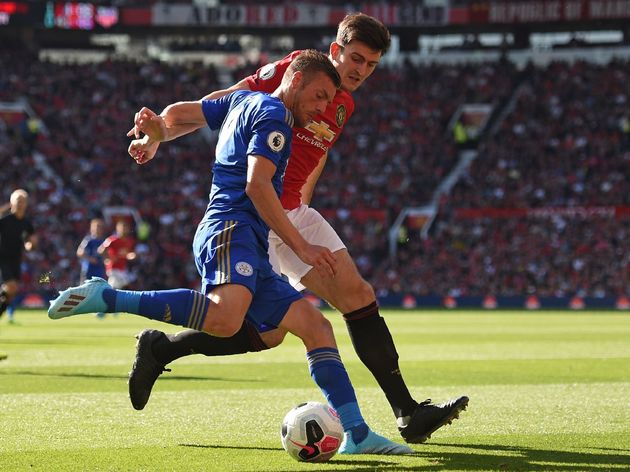 Moving forward they possess a plethora of options in attack, with Harvey Barnes and Ayoze Perez having to settle for a place on the bench against Manchester United on Saturday to make space for the creative flair of James Maddison, the direct running of Demarai Gray and the Pace and finishing of Jamie Vardy.

On the face of it, you’d say they are a team perfectly equipped to go to Old Trafford, go toe to toe with their hosts, look into the whites of their opponents’ eyes and, to a man, think:

'We should be winning here lads.'

And that's not because they're not a great team. On the contrary in fact as - weirdly - right now, it’s actually probably in your interest to be slightly worse than ​Man Utd.

Teams like Southampton and Crystal Palace have shown in recent weeks that what’s required to get the better of United, is to be incredibly tough to breakdown and look to take advantage of United’s inevitable lapses in concentration.

"We’ve got a really good group of players who want to learn and they’ll continue to get better through the season."

For better or for worse, this just isn’t who Leicester are.

As predicted, they took the game to the home side.

The opening exchanges were frenzied and entertaining, but for both sides the pace of the game was unsustainable. Perhaps it’s no surprise then that once Rashford calmly took his penalty after a poorly judged challenge from Soyuncu, the game evened out and it then became hard for Leicester to break United down.

Brendan Rodgers said in his post match press conference: "Our Idea was to try and press the game." A tactic that many thought that would work, but it’s tough to do that once you're a goal down.

Post-penalty, the visitors had to face up to the fact that the game could be played entirely as United wanted it to be, and at a pace they could manage effectively.

This is not to say that United were dominant, ​Leicester bossed possession, but were frustrated by a compact United side. When Leicester do on the foot they are a beautiful side to watch.

Brendan Rodgers is right to believe that they haven’t yet reached their potential.

There should be a cautious optimism about how high they can fly, because, the higher that Leicester soar the more likely they are to, occasionally, get burned by teams like Man Utd.