Jurgen Klopp has admitted that you won't catch him on the touchline in a tuxedo anytime soon, as the German manager 'cannot breathe properly' when dressed in a formal manner for Liverpool matches.

The Reds boss is regularly seen in his more comfortable Liverpool tracksuits on the Anfield bench, and the ex-Borussia Dortmund coach has confirmed that he won't be donning a suit ever again for football matches. In an interview with ​TalkSport, Klopp explained his reasoning behind his casual dress-code before Liverpool's victory over Newcastle on Saturday afternoon.

“I have a suit for weddings, funerals and if somebody tells me I have to wear a suit. For me it’s not ideal,” he said.

“I have no reason to wear one. I don’t feel comfortable in it and I cannot breathe properly.

“I don’t want to have to think about my outfit before a game, so I’m really happy that the kitman can give me something that I can jump into.”

Klopp did reveal that he often wore suits in European competition - although it wasn't necessarily through personal preference. 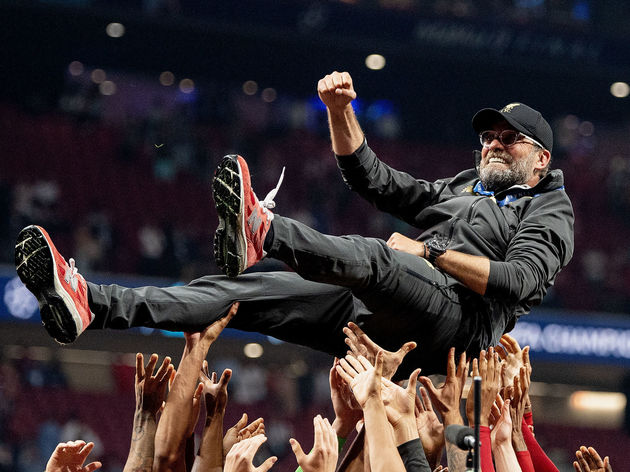 “When I first started in the Champions League I wore them because I was told by somebody it was a duty,”

“But from the first time I saw another manager next to me not wearing a suit, I was done."

The German boss explained that his appearance is the last of his concerns, and his priorities are always the performance of his Liverpool side.

“I’m not interested in small talk. I don’t want to look good on the sideline, my team should look good. That’s my main target.”

The ​Liverpool manager guided the Reds to Champions League glory last year, beating ​Tottenham Hotspur 2-0 in the final, and the 52-year-old will be desperate to win the Premier League and end the Merseysiders' long wait for domestic glory.