From Tottenham Hotspur Stadium - ​In recent memory, the first 45 minutes of Tottenham games have been

Fans have been begging for early goals for a while now, in part due to the hangover from last season, the frenetic win over Aston Villa, and the disgusting loss to Newcastle.

Harry Winks blazed an effort wide before Son Heung-min sent one straight at Vicente Guaita, and their press - which had gone out of fashion in the last few years - was back, Son in particular snapping away at the heels of Crystal Palace's defenders. 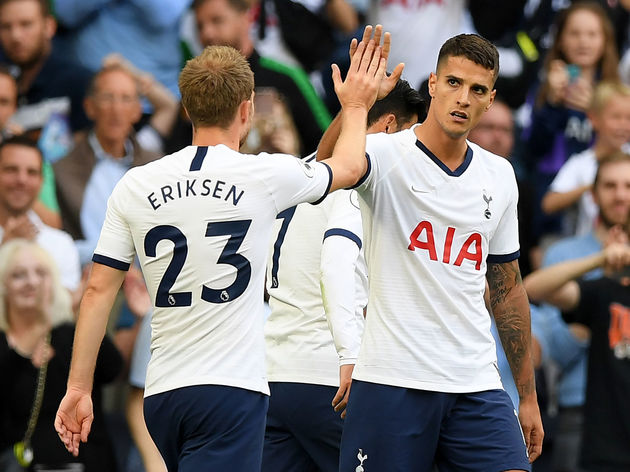 However, whilst in previous games Tottenham have failed to make their early dominance count, this time they found a way through, thanks to the star who scored the first ever Premier League goal at Tottenham Hotspur Stadium in this fixture last season - ​Son Heung-min.

The South Korean scrambled one past Guaita in the tenth minute and, after Serge Aurier - inexplicably having the game of his life after being recalled by Mauricio Pochettino - sent another beyond Guaita via a big Patrick van Aanholt deflection, grabbed his second just 13 minutes after his first, getting on the end of Aurier's looping cross to connect with power and timing to send the home fans into a state of nostalgic euphoria.

It's the exact kind of feeling Tottenham need to produce, game after game. It was there in spurts last season with the ​Champions League run, but every time they produced a good result in Europe, they'd lose at Watford, Bournemouth, Burnley, you name 'em. 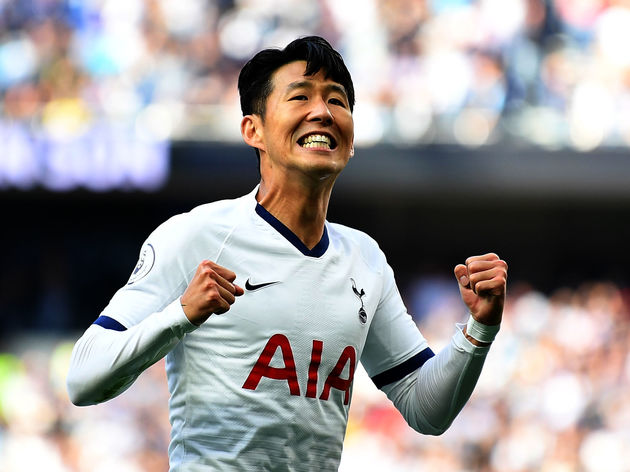 If Tottenham are to put the last few years of league regression behind them, this is how they need to play against sides who can potentially damage the top clubs. Palace made the short journey across London with Zaha and an in-form Jordan Ayew, both of whom could have grabbed an early goal if presented with the opportunity.

But they didn't get the chance, such was Tottenham's grip on the game. Jan Vertonghen and Toby Alderweireld never looked particularly troubled, Palace were consistently boxed in without outlets when pressed, and the whole second half gave each Spurs player the chance to express themselves.

Ole Gunnar Solskjaer, Manchester United manager, talks about 1999 a lot. Like, really, a lot. But if there's a season with a buzz Tottenham should look to recapture, it's 2016/17.

Harry Kane was banging them in for fun, Christian Eriksen was regularly laying on chances for his teammates and, with arguably the best defence in the league, Tottenham were a joy to watch. The connection between the players and supporters was probably as close then as it ever has been. Which is nice, innit?

Visiting Tottenham for their clash with Crystal Palace for @90min_Football today! First visit to the new stadium and it’s fair to say I’m in love  pic.twitter.com/OEgz0trtnB

But a healthy atmosphere can obviously lead to better performances, as we saw in the last season at the old White Hart Lane, when Tottenham went unbeaten at home in the league.

And that's exactly what it felt like on Saturday. Tottenham got the early goals to ensure the result was wrapped up in the first half, and played with a swagger and confidence we hadn't yet seen this season. Not in the Villa victory, the draws against Manchester City and Arsenal, or the loss at home to Newcastle.

But let's not get it twisted - while Saturday was an accomplished performance from ​Tottenham, there are still a few question marks looming, especially over Pochettino's starting lineup moving forward.

FULL-TIME: An excellent display as we return to winning ways in style at Tottenham Hotspur Stadium! 

With Ndombele now back fully fit, will Spurs revert back to the diamond formation which has been awkward at best? Or does the Frenchman replace one of Moussa Sissoko or Harry Winks? And how do Dele Alli and Lucas Moura fit in?

There's plenty to think about moving forward, but right now, I need to get home to catch the highlights of that first half. Four goals in 32 minutes! Absolute scenes.