​One of the world's biggest football agents, Mino Raiola, is eyeing up the addition of Crystal Palace star Wilfried Zaha to his roster of big-name clients.

​Zaha wants to leave his management company USM, after a move to one of Arsenal or Everton didn't materialise during the summer transfer window.

​The Daily Mail claims that the 26-year-old is still unhappy at Palace and is desperate for a move away from the club, and he blames USM entirely for the fact that he hasn't left yet.

Arsenal and Everton both made significant bids for ​Zaha, but the Eagles refused to sell for anything less than £80m - despite the forward handing in a transfer request to leave Selhurst Park.

Mina Raiola is one of the most prolific and notorious agents around, with ​Paul Pogba, Matthijs de Ligt and Zlatan Ibrahimovic among his clients. According to the report, the Italian-born Dutch is also keen on signing another big client, especially after losing Romelu Lukaku at the beginning of the year.

However, the Ivory Coast international is apparently tied to USM until next summer, so should he break that contract to sign for Raiola, they will be entitled to a large compensation fee.

Speaking on Zaha's desire to leave, Palace manager Roy Hodgson said (via ​The Mirror): “With Wilf, I don’t think anyone was thinking we definitely must block him because we want our best player still with us. 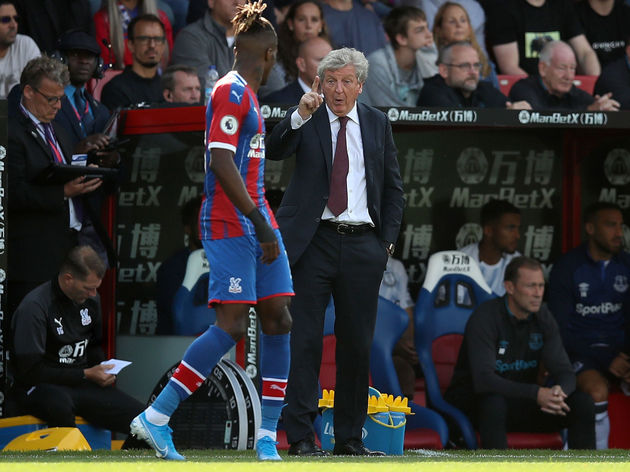 “We understood that if a really big offer comes his way and a much bigger club than Crystal Palace want him, and he is desperate to go, we are going to have to try and do some kind of deal."

“The unfortunate thing for Wilf is that offer did not come his way from the sort of club that he would want," Hodgson added. “I think Steve Parish has made that clear to Wilf and they’ve thrashed that side of it out.”