​Manchester City manager Pep Guardiola has stressed that Raheem Sterling can't start believing his own hype after the England international was compared to Cristiano Ronaldo.

Sterling has been in fine form already this season, only being outscored by 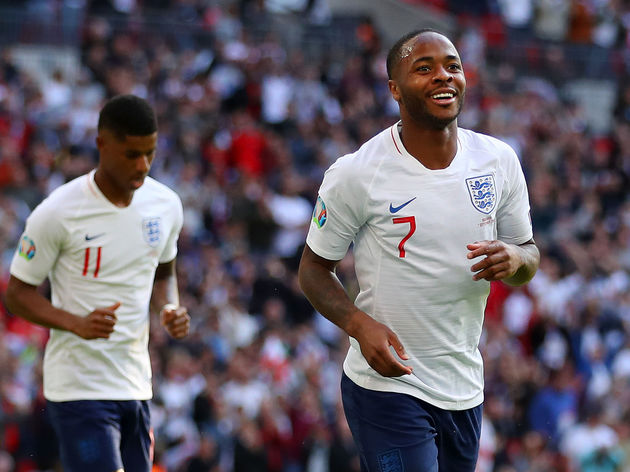 "I don’t know if he's the best in England, you’re the journalist, but since we've been together, not just now, he’s been incredible, with a great work ethic and he's a nice guy, so I’m delighted for him."

Sterling has already scored six goals for Manchester City this season, adding another two on international duty against Bulgaria and Kosovo.

He'll be looking to improve on a 25-goal haul last season - still some way off Messi's career best of 73 or Ronaldo's 61 - where Sterling finished level with Harry Kane in the Premier League scoring charts (17).

Although Manchester City will be looking to secure a third straight Premier League title this season, there's also pressure growing for the club to finally reach a Champions League final after last year's dramatic exit to Tottenham at the quarter-final stage.