​Exclusive - Bournemouth are prepared to give Ryan Fraser a new contract worth as much as £100,000 a week, in order to keep the winger at the club amid heavy transfer interest.

The 25-year-old Scotland international is out of contract next summer and will be free to move to a new club as he pleases unless new terms are agreed at the Vitality Stadium.

The Cherries are desperate to keep hold of the player they signed from Aberdeen in 2013 and who has progressed to be a top Premier League performer, registering 14 assists last season - second only to Eden Hazard. 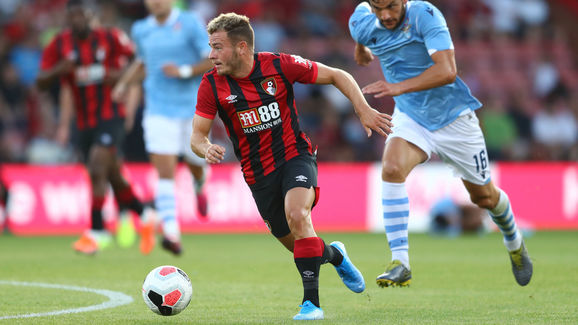 90min understands that ​Bournemouth are ready to offer Fraser a similar paygrade to that of striker Callum Wilson, who ​signed a contract extension back in July.

Bournemouth and Fraser had put negotiations on hold during last season, with the club ​releasing a statement back in June that revealed, "The offer of a new long-term contract has been on the table for Ryan for some time.

"In September 2018, at the request of Ryan's representative, negotiations were paused to allow the player to focus entirely on his football."

As well as ​Arsenal, the likes of Everton, Chelsea and Wolves have all shown an interest in the Premier League's shortest player, while he is also being watched by clubs on the continent.

​Fraser famously turned down Ajax for Bournemouth back in 2013 but, as it stands, he will be free to discuss a move with foreign sides as early as January.

Whether the offer of £100,000 a week will be sufficiently moving to ensure Bournemouth's Player of the Season 2019 rejects the chance to move remains to be seen. However, the winger was far from dismissive when ​discussing the Arsenal links earlier this year.

Back in April, Fraser said: "I'm not going to lie, it's very nice. It means you are doing something right.