​The head of the Bulgarian Football Union has written a scathing letter to both UEFA and the English Football Association to criticise England boss Gareth Southgate's comments about potential racism when the two countries meet in October.

Southgate suggested that England ​may choose to walk off the pitch if they are subjected to racist abuse in their upcoming Euro 2020 qualifier. Those comments were based on reports of racism against Raheem Sterling during Bulgaria's visit to Wembley Stadium during the international break, whilst a group of fans were also found guilty of racist behaviour back in June. "Even if this were the case however, we believe that generalisations and the creation of needless tension by official members of the English team is absolutely unacceptable and in contradiction with the spirit of mutual respect and fair play, the core values of both UEFA and the BFU."

The fan who is alleged to have abused ​Sterling was ejected from Wembley and initially arrested, although he was later released without charge.

However, Bulgaria did not escape charges for the racist behaviour of a group of fans in Euro 2020 qualifiers against both the Czech Republic and Kosovo in June. The country must play their next two matches in a partially closed stadium as punishment. 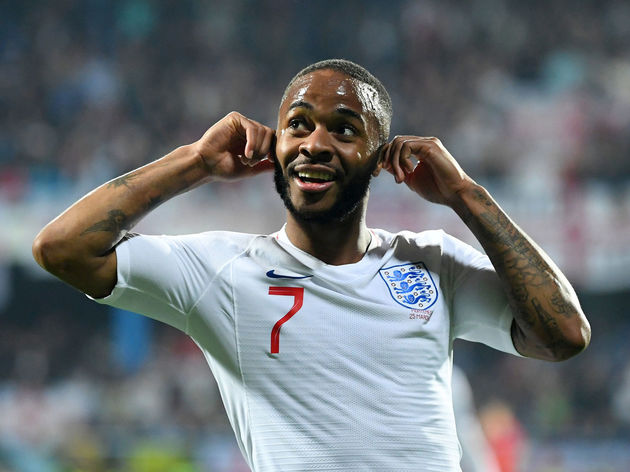 England - and particularly Sterling - have already endured racist abuse during the Euro 2020 qualifiers. Back in March, a section of Montenegro fans targeted the likes of Sterling and ​Danny Rose with racist chants, and they were ordered to play their next match behind closed doors.