​Tottenham have reportedly offered Christian Eriksen a huge new contract worth up to £60m, trebling the midfielder's wages.

With just one year remaining on his current deal, Eriksen has been the subject of transfer speculation all summer long. However, despite expressing his interest in moving elsewhere - preferably to Real Madrid - no offers have been made for the Dane, even though a number of the world's biggest clubs are thought to be keen. With Eriksen disinterested in ​Manchester United's advances, a switch abroad had seemed most likely, but the closure of the European transfer market means Eriksen will remain at ​Spurs until at least January.

However, from that point, Eriksen will be free to discuss a contract with any foreign club under the Bosman ruling - with Serie A champions Juventus, who have signed Aaron Ramsey, Adrien Rabiot and Sami Khedira on free transfers in the past, notorious for such dealings.

A report from Football Insider claims, however, that chairman Daniel Levy is determined not to let that happen - and as such has offered the Dane a new deal worth £230,000-a-week, including performance-related bonuses.

This would put Eriksen - who scored his 50th Premier League goal against ​Arsenal before the international break - alongside ​Harry Kane as Tottenham's top earner, a significant display of intent and belief from the club who traditionally don't invest huge amounts. 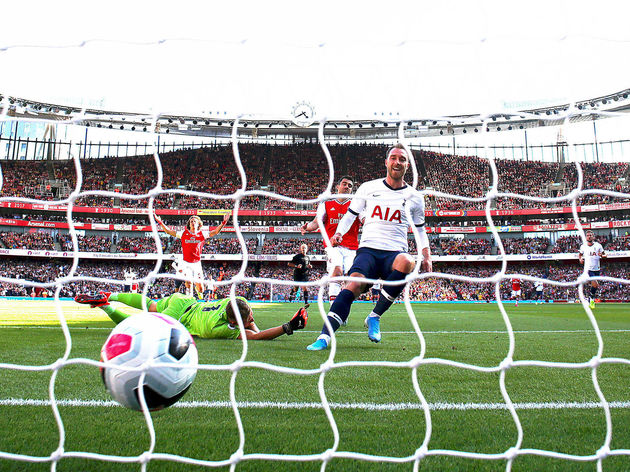 ​Eriksen is reportedly not incentivised by money, though, wishing instead to go abroad for a new experience and a more likely chance to win trophies, if possible.

Nevertheless, this news will please Spurs fans who understand the impact the playmaker has on Mauricio Pochettino's side. The Lilywhites were poor in their home games against ​Aston Villa and ​Newcastle until his introduction as a substitute, lacking in creativity and vision.