​Napoli captain Lorenzo Insigne is a doubt for their upcoming Champions League clash with Liverpool, having sustained a muscle problem in the 4-3 defeat to Juventus.

Carlo Ancelotti's side host Liverpool on Tuesday in the first game of the group stage, hoping for a repeat of last season's result, when they beat the Reds 1-0 courtesy of a last-minute winner from Insigne himself. However, the forward missed Italy's Euro 2020 qualifiers against Armenia and Finland over the international break and, as reported by ​Football Italia, there are concerns over whether he will be available for the Liverpool ​game, having trained alone on Wednesday.

This would be a major blow for Carlo Ancelotti, who relies on the 28-year-old for his attacking flair and creative spark, capable of both scoring and assisting.

This is coupled with the news that striker Arkadiusz Milik is only expected to resume training on Monday, thereby also missing the Liverpool clash. The Polish international scored 17 goals in 27 Serie A starts last season, but has been out of action since 10 August with a muscle injury.

Milik had been closing in on an imminent return to first-team action but suffered a setback in his recovery, delaying his return to training.

These absences could potentially give opportunities to summer recruits Hirving Lozano and Fernando Llorente to stake claims in the starting XI. The signings from PSV and Spurs add depth and variety to the Napoli forward line, with the Mexican renowned for his speed and the latter an expert target man. 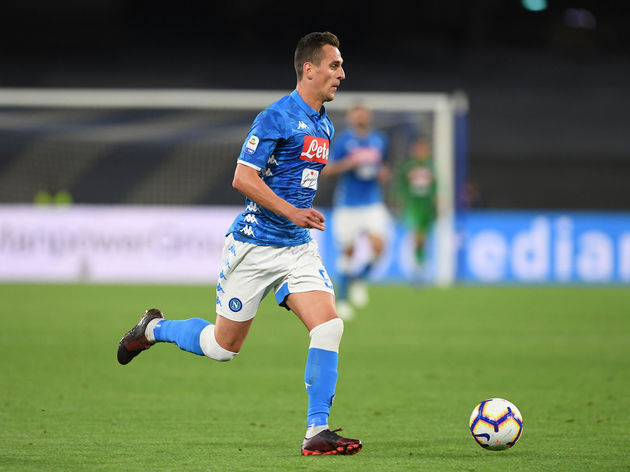 Nevertheless, should Insigne and Milik be ruled out of the Liverpool match, huge responsibility will be taken on by ​Dries Mertens. The Belgian has been a regular goalscorer in Italy for the past few seasons and will look to be a constant threat to Joel Matip and Virgil van Dijk.