​Kick It Out has announced that equality expert Sanjay Bhandari has been appointed as the campaign group’s new Chair, succeeding Kick It Out founder, Lord Herman Ouseley, who had led the challenge on racism and discrimination in football for 25 years.

An avid football fan, Bhandari, has been a member of the Premier League’s Equality Standard Independent Panel for four years.

🗣️ “I am passionate about helping football to be a game where people of all backgrounds feel welcome."

🎉 We're delighted to announce the appointment of equality expert Sanjay Bhandari (@SanjayB_689908) as our new Chair.

He is also part of the Government-sponsored Parker review into the ethnic diversity of UK boards, as well as being recognised as a leader of equality, diversity and inclusion practice.

After 15 years as a lawyer specialising in fraud and white-collar crime, Bhandari has held leadership roles at KPMG and EY, where he was a partner for 12 years, before moving into a portfolio career as an independent board member, adviser and charity trustee.

“I am absolutely delighted to join the Board of Kick It Out as its Chair,” he said.

“I have been a football fan all of my life and a vocal advocate for inclusion. I am passionate about helping football to be a game where people of all backgrounds feel welcome and included from the terraces to the pitch, to the boardroom. 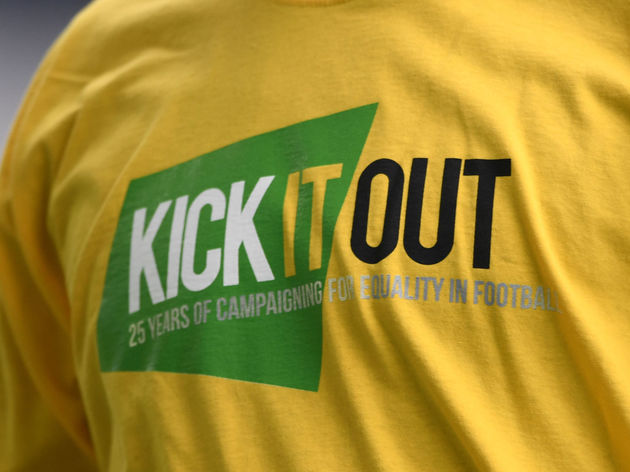 “I feel honoured to have the opportunity to build on the team’s great work over many years, and look forward to setting out my vision for equality in football in the months ahead.”

Roisin Wood, Kick It Out’s Chief Executive Officer, said, “Sanjay’s passion for equality, together with his governance experience and love for football stands him out as the ideal person to continue to take Kick It Out forward.

“As a lifelong football fan, he understands the power of football to effect change and influence society – and is fully committed to tackling all forms of discrimination, from grassroots all the way through to the professional level. Football still has a long way to go but working together, under Sanjay’s leadership, I believe we are ready to take on any challenge.” Kick It Out revealed in July that there had been a 32% rise in reports of discrimination in football last season, with reports of racism alone rising by 43%. The organisation called on the FA to take action when a number of racist and/or discriminatory incidents up and down the country marred the opening weekend of the new 2019/20 EFL season last month.