Bulgaria were sanctioned by UEFA over the summer after supporters were found guilty of racist behavior during qualifiers against Kosovo and Czech Republic in June. 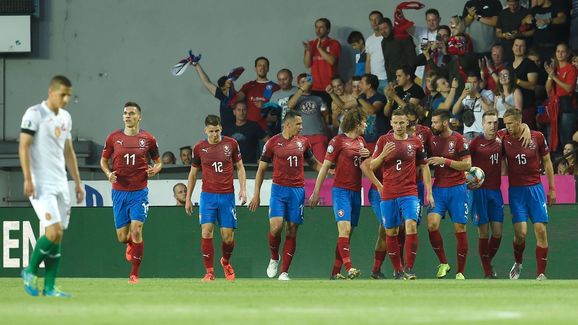 As a result of that, a 5,000-seat section of their 46,000-capacity home stadium will be closed when England visit the Bulgarian capital on 14 October in the next set of internationals.

There was even alleged racial abuse of Raheem Sterling from a Bulgarian fan at Wembley last weekend, with the Evening Standard reporting that a man was overheard by stewards using racist language about Sterling. He was ejected from the stadium and arrested. As England players now turn their attention to travelling to Bulgaria next month, multiple sources, including The Times, Daily Telegraph and Daily Mirror have reported that England players ‘will discuss walking off the pitch’ in the event of further racist abuse.

Manager Gareth Southgate is set to speak with the players when they next meet in October.

“It is a concern,” he said. “We’ve already planned what our schedule looks like and we’re going to discuss it with the players before we go, because we’re aware that there is history there and we want to make sure that we’re all prepared for what might happen and how we want to respond.

“We’re not confident that we’ll go there and nothing will happen.” England players have already been subjected to vile racist abuse during this qualifying campaign, with left-back Danny Rose targeted by Montenegro fans in March. Sterling later cupped his ears to the crowd in protest when celebrating England’s fifth goal.

Charged with a number of things relating to fan behaviour, Montenegro were later ordered by UEFA to play their next home game behind closed doors and were fined €20,000.

England players have previously indicated an unwillingness to walk off the pitch in protest at racist abuse, with Sterling personally reflecting: “At the end of the day, I would rather go and win the game because that would hurt them even more. They’re trying to get you down, if you do walk off the pitch as a group then that makes them win.” Southgate consulted the squad after the aforementioned abuse in Montenegro and players are said to have been ‘unanimous’ in saying they did not want to walk off.