Hold Your Nerve: Why It's Time to Be Optimistic Again for Spurs Fans

90min presents a special column from Spurs fan and host of The Extra Inch podcast, Chris Miller, ahead of Tottenham's game with Crystal Palace on Sunday.

​It’s curious that I'm feeling the most optimistic I have since opening day ahead of Palace this weekend - despite ​Spurs conceding 26 shots in their last match against their biggest rivals. For the record, that’s more shots than we've conceded in any match in each of the previous two seasons.

There were issues, sure. With both Kyle Walker-Peters and his nominal back-up Juan Foyth injured, Davinson Sanchez filled in against Arsenal last time out. He looked less like a fish out of water and more like a fish in a barrel - a constant target for Arsenal’s rampages - and totally unable to support the progression of attacking football down that side. The midfield of Moussa Sissoko and Harry Winks was a struggle for Spurs fans to watch last season, and got another run out due to the unavailability of others. Danny Rose continues to struggle for form at left-back and seems to have lost his defensive focus, taking unnecessary risks and not covering round at the back post.

What is exciting for Spurs fans, though, is that the international breaks gives us a chance to get players fit. Alongside this, Dele and Giovani Lo Celso were only fit enough for the bench (the latter has since been ruled out into October, of course), Victor Wanyama was in the midst of transfer negotiations and Serge Aurier was fresh back from injury and has featured for his country since.

This early international break is a nightmare for supporters, who have just got football back and are desperate for it to continue, but for Spurs the timing could not have been better. We've come out the other side of the break with injuries to just three players, which is some improvement.

Of course, being ‘fit’ is not the same as being ‘Pochettino fit’.

Although the ‘Pochettino press’ has been dramatically scaled down over the past two or three seasons, players are still expected to know their role in the press precisely, and he will want to ensure that he is not parachuting in several new or returning players unless they are fully up to speed.

But that doesn’t stop me feeling optimistic about what's to come. It would be foolish to totally ignore some genuine concerns, but I do feel that there are genuine reasons or explanations for the majority of them. Allow me to break them down.

Issue: Spurs’ expected goals (xG) conceded has crept up over the past 12 months. 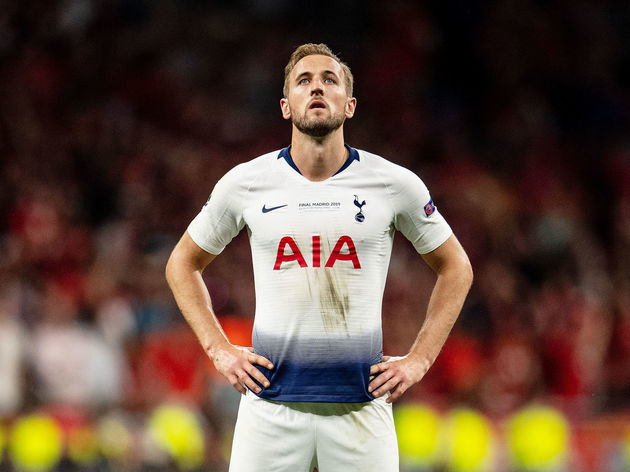 Reasons: The fitness and form of Wanyama and Dier have been troubling and the enforced midfield of Winks and Sissoko is defensively frail, with Sissoko in particular not making enough ‘defensive actions’ to contribute effectively in a pivot. Mousa Dembele has now been replaced (through Tanguy Ndombele) and we can look forward to having a proper midfield again.

Issue: Spurs’ xG for has declined over the past 12 months, almost looking like it will converge with the xG conceded over time.

[PODCAST] "Bonus Episode: Behind the Scenes with Son and Winks!"

BONUS CONTENT! @WindyCOYS speaks to @benhainess from @90min_Football about interviewing Son Heung-min and Harry Winks, the football media industry and the season so far.#COYS #THFC pic.twitter.com/pdvbFV0iUa

Issue: Spurs have a number of players coming to the end of their contracts and need to plan for life beyond them.

Reasons: It’s going to be hugely challenging to replace players of the ilk of Christian Eriksen, Toby Alderweireld, and Jan Vertonghen, but we have started planning with the signings and development of Davinson Sanchez, Juan Foyth and Giovani Lo Celso. It would be great if we could convince at least one of the three to stay.

Issue: Harry Kane is a diver.

Reasons: I just put that one in for a laugh.

With a new midfield combination, Mauricio Pochettino buzzing again after a lovely dinner with Daniel Levy, and the return of some key players, we have genuine grounds for optimism going into a run of games against Crystal Palace, Leicester, Southampton, Brighton, and Watford. Five wins looks achievable, so hold your nerve my Lilywhite sisters and brothers.