​SSC Napoli have released footage showing the current state of the Stadio San Paolo changing rooms, backing up the claims made by manager Carlo Ancelotti who was outraged at the redevelopment work undertaken over the summer.

The Serie A side have played their two opening league matches away from their home ground, as the local council try desperately to finished the construction work that has taken place throughout the summer break.

In a bid to improve the local area, the council working on the redevelopment began altering the stadium erected in 1959, but have fallen well behind schedule with ​Napoli set to host Sampdoria on Saturday evening and ​Liverpool the following Tuesday. As a result, Ancelotti launched a ​scathing tirade on the work being undertaken, which the club have backed up by releasing footage on their official ​Twitter page.

"I saw the conditions of the San Paolo dressing rooms. I am speechless. I accepted the club's request to play the first two games of the season away from home so that the work could be completed, as promised," Ancelotti said in a statement.

"You can build a house in two months and they were unable to refurbish the dressing rooms! Where are we supposed to change for the games against Sampdoria and Liverpool?"

The video demonstrates the sheer quantity of work still left to be done, which the ​Serie A side highlight needs to be completed in less than 70 hours on their Twitter post. Clearly blaming the local council for their efforts, Ancelotti was understandably unhappy with the treatment of the club. 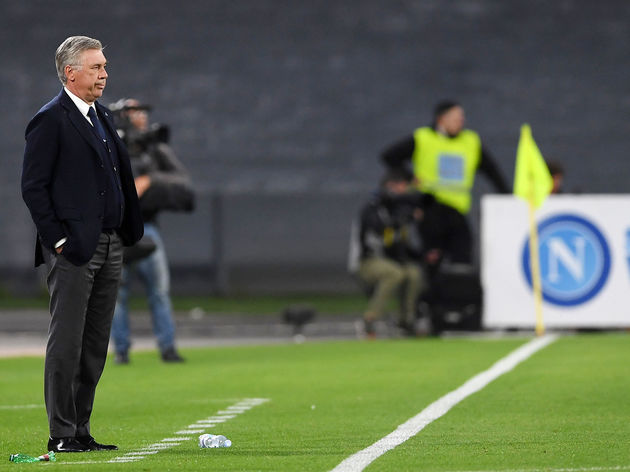 “I am outraged by the inadequacy and unprofessionalism of those who had to carry out this work," he added. "How could the Region, Municipality and Commissioners disregard the commitments they made to us? I see contempt and a lack of care for the team, club and the city. I am dismayed.”