​Having faltered at the final hurdle in their 2018 Champions League campaign, losing 3-1 to Real Madrid in a final remembered primarily for Loris Karius' unforgivable blunders and Gareth Bale's mind-blowing overhead kick, Liverpool laid their demons to rest in June.

The Reds defeated Tottenham 2-0 to win their sixth European Cup, courtesy of Mohamed Salah's early penalty and Divock Origi's late sealer, to round off a phenomenal season. The Reds also accrued 97 points in the league, narrowly missing out on their first Premier League title to Pep Guardiola's near-infallible Manchester City. 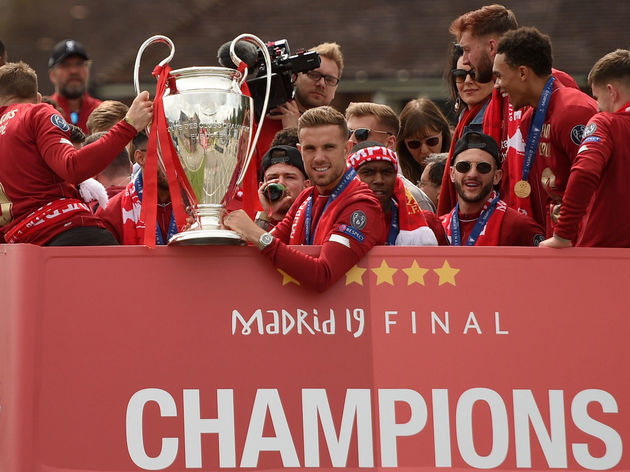 This season, Liverpool have been drawn in Group E with ​Napoli, Red Bull Salzburg and Genk, which they are expected to comfortable qualify from, with the Reds among the favourites to lift the trophy in Istanbul.

One stat revealed by Opta may well make Jurgen Klopp's men the team to beat. Over the last two UEFA Champions League campaigns, ​Liverpool have scored more goals (65) and won more games (15) than any other side in the competition.

These results include a 5-0 battering of Porto away from home, a 3-0 win over Man City, 7-0 demolitions of Maribor and Spartak Moscow, victories over PSG, Napoli and ​Bayern Munich and, of course, the famous 4-0 comeback over ​Barcelona, demonstrating the quality Liverpool possess in Europe's elite competition. The front three of ​Salah, Sadio Mane and ​Roberto Firmino have been particularly potent, scoring 15, 14 and 14 goals respectively over the period, making them potentially the most feared attack in the competition.

While ​Man City dominate domestically, their form hasn't translated fully into Europe, having been knocked out at the quarter-final stage in the past two seasons. As things stand, the Red, with their formidable record, may well be the most-feared team in the Champions League this season.