Aston Villa take on West Ham in the Premier League on Monday night, in what should be a compelling affair at Villa Park.

Villa have had a pretty iffy start to the season, with just the one victory against Everton coming in the middle of three losses. 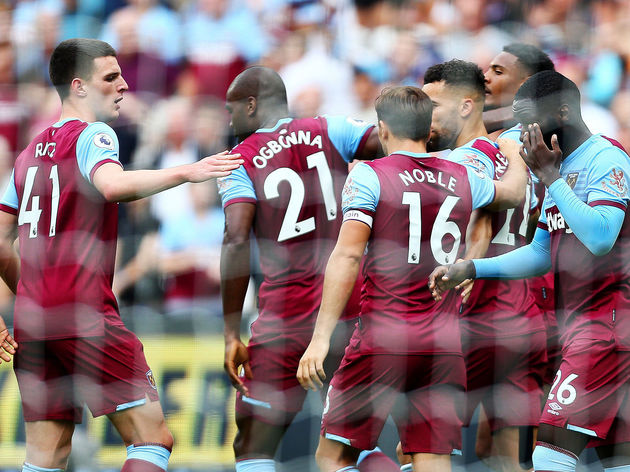 The Hammers, on the other hand, will be very pleased with their start to the 2019/20 campaign. A loss on the opening day to Manchester City is nothing to be ashamed of, but they followed that up with seven points from a possible nine.

Both teams will be searching for the three points and nothing less. Here is 90min's preview of the game.

For ​Villa, three players are ruled out with injury. James Chester and Matt Targett are suffering with thigh problems, whilst Jonathon Kodjia is set to miss the fixture due to a head injury.

New signing Trezeguet is also out due to suspension.​ The Hammers have just two injury problems. Winston Reid is set to return later this month after sustaining a knee injury, while Michail Antonio is out for a few months with a hamstring injury.

Villa and ​West Ham have played each other a whopping 110 times, symbolising​ both teams' statures as major Premier League sides.

The Hammers just about lead the head to head record with 40 wins to Villa's 38, with 32 draws also being played out. They last played each other back in 2016 at Upton Park, with the home side coming out the victors in a 2-0 victory thanks to goals from Antonio and Cheikhou Kouyate.

Apart from an impressive home victory against the Toffees, Villa have so far struggled in the league, with an overall tally of three points from 12.
They will feel robbed after having a goal wrongly ruled out against Crystal Palace two weekends ago, after referee Kevin Friend somehow deemed Jack Grealish to have dived on the edge of the box. ​West Ham are unbeaten in their last four games - if you include the Carabao Cup game against Newport County - and will hope to continue this run at Villa Park on Monday.

Sebastien Haller is in fine form of late too, with three goals in his last two games.

Villa have been playing well so far this season, but just haven't been getting the results they need and probably deserve.

However, in front of their home crowd, they will be willed on and as a result determined to get their second win in the league this season.​ West Ham won't make this easy though. A side full of technically gifted players, like ​Manuel Lanzini and Felipe Anderson, will always be hard to beat.

As a result, the two sides will cancel each other out in what should be an entertaining draw.