​Gareth Southgate has revealed he chose not to call up Chelsea striker Tammy Abraham to the England squad for the recent Euro 2020 qualifiers as he felt the striker wasn't quite ready just yet.

After failing to find the back of the net in his opening two league matches in 2019/20, the striker has since hit a rich vein of form with two goals apiece in the victory over Norwich and subsequent draw with Sheffield United.

Such had been his impressive strike rate that there were calls among many England supporters to bring the 21-year-old into the squad for the Euro 2020 qualifying matches against Bulgaria and Kosovo. Southgate opted against giving Abraham his maiden senior call up, instead opting to go with the tried and tested options of ​Harry Kane, Marcus Rashford and Callum Wilson.

The Three Lions boss has since revealed his reasons for not choosing the ​Chelsea forward, claiming the time is not quite right for the step up to senior England duty, however, refusing to close the door for a potential future cap.

"I think with Tammy, he’s a young player that we’ve always liked, we know he’ll score goals," he said, via ​Football London.

"We felt [that it was a] bit early this time, but we really can see that he can offer us something moving forward. We obviously gave him a cap back in November of 2017. 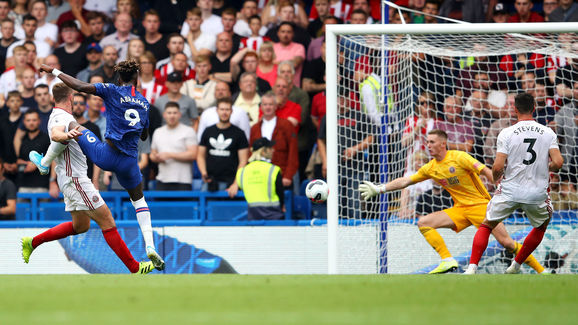 Following the transfer embargo placed on the ​Premier League side during the summer, new manager Frank Lampard was unable to make any additions during the window, thus opening the door for Abraham to stake a claim in the side.

After being handed the number nine shirt at the club, the forward has since displaced Olivier Giroud in the starting lineup and looks set to be a recurring feature for the coming season in this new-look Blues side.