​The early interlude brought rudely around by the international break is over as domestic hostilities resume across Europe this weekend.

It's already week five in the Premier League, and with some tasty looking fixtures coming up in England's top flight and across the rest of the continent's big leagues, there should be no shortage of big matches to keep us entertained.

With that in mind, here are seven fixtures you need to look out for this weekend from across the footballing calendar. 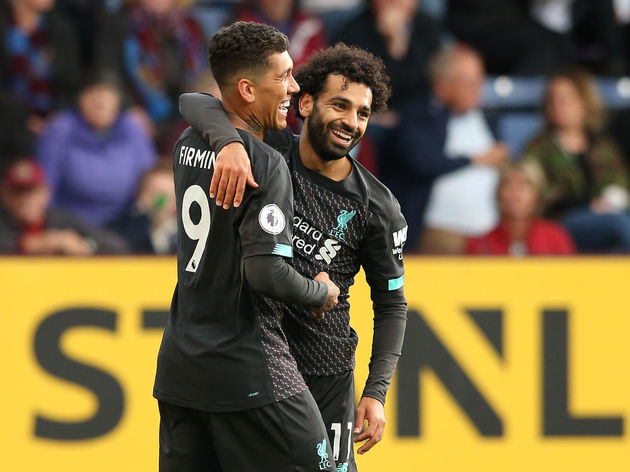 A fixture steeped in dramatic history and epic drama, surely a 0-0 is out of the question - even if Newcastle fans would shake your hand for that right now.

A 4-0 drubbing at Anfield last December was proceeded by a comfortable 2-0 home win for the Reds the previous season. However, Liverpool needed a stoppage time header from Divock Origi to rescue them the last time these side's met in a closely fought match that ended 3-2 to Jurgen Klopp's title chasing side.

Heading into the 49th Premier League meeting between the sides, ​Liverpool will be looking to record their fifth straight win of the season. Steve Bruce's Newcastle will be looking to build on decidedly sturdier displays of late, as they have steadied the ship following a whirlwind summer. ​Barcelona were held to a disappointing 2-2 draw with Osasuna last time out, and they will be looking to bounce back this weekend. RB Leipzig are the early leaders in the Bundesliga, winning all three of their opening matches, scoring nine in these three. They will hope to continue that red hot streak of form against the reigning German champions on Saturday.

For their part ​Bayern have also made a strong start with only a 2-2 home draw with Hertha Berlin being the only blemish on their record thus far. The Bavarians are without Leon With two attack-minded managers in either technical area this could be something of a classic in the making. Two heavyweights of French football go toe-to-toe on Sunday as Monaco host Marseille in what promises to be an entertaining bout. ​

Monaco find themselves occupying an all too familiar spot in the bottom three of the Ligue 1 after their opening four matches. However, they have at least managed consecutive 2-2 draws, with former Leicester man I

Saturday: Fiorentina vs. Juventus (Serie A) La Vecchia Signora are still bedding in after a busy summer which brought a new manager and a conveyor belt of exciting new signings. They are much fancied against a Fiorentina side that is also in-flux after a summer of change.

Juventus won home and away last season against Saturday's opponents, however, Dortmund did the double over Leverkusen last season and an aggregate score of 7-4 means you are virtually guaranteed goals in this one too. Jadon Sancho has been in electric form early on and should be buoyed going into Saturday's fixture after scoring his first goals for England against Kosovo last week.