The Champions League kicks off next week, with ​Atletico Madrid welcoming Italian giants ​Juventus to their magnificent

During the Frenchman's five years at the club, Atletico reached a final, a semi final, a quarter final and a round of 32. There was a year when they failed to make the knockout stages, but made up for it by winning the Europa League that season. Griezmann blossomed in this system, as his pace, vision and deadly execution provided the missing pieces of the puzzle. With the Frenchman's world class abilities, Atletico's stern defence could restrict the best attacking teams on the toughest nights in European football, whilst swiftly countering through Griezmann and bagging the goals themselves, and usually doing so by having only a smidge of possession.

Now that Griezmann has left the club, a few fans might question where Atletico's goals are going to come from against the elite clubs in Europe.

was snapped up by Atletico as a direct replacement for Griezmann in a €126m deal this summer. It is too early to tell whether he will be as influential as the Frenchman for Simeone's side, but the early signs seem to suggest that he could well be.

In his first three La Liga matches, Felix has already bagged himself a goal and an assist for his new employers. Furthermore, let's not forget his man of the match performance in a 7-3 hammering against Real Madrid earlier in pre-season, where he scored a goal and set up two for his teammates. 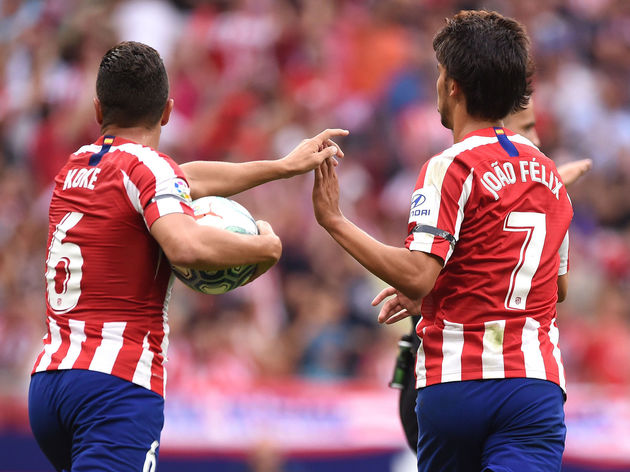 Griezmann's departure will definitely be felt by Los Colchoneros' supporters, but it is important to remember that Griezmann was probably made at Atletico, under the European floodlights, not the other way around.

There's no reason why Felix can't do the same on the European stage.