​Barcelona forward Antoine Griezmann has stated his support of the idea that matches should be stopped if racist or homophobic chanting from fans can be heard.

Racism in football has certainly spiked in recent weeks, whilst homophobia has also reared its ugly head. In France, Nice's recent 2-1 defeat to Marseille saw numerous displays of homophobia from fans, which resulted in the game being halted on a number of occasions.

️‍ ⚽ "We have to keep interrupting if chants continue".

Speaking to ​RTL, Griezmann made his voice heard on the issue, insisting that governing bodies must continue to work to eradicate discrimination in football.

He said: "For me, it's a good idea to stop the matches, whether for homophobic chants or racist chants.

He bizarrely insisted that homophobic abuse is not the same as racism, claiming that French football already stops too many games because of homophobia.

In France, a number of games in both Ligue 1 and Ligue 2 have been stopped to address either chanting or banners. However, Le Graet insisted that homophobia is a problem in the entirety of France, so to suggest there is a just a problem in football is, to him, ludicrous. 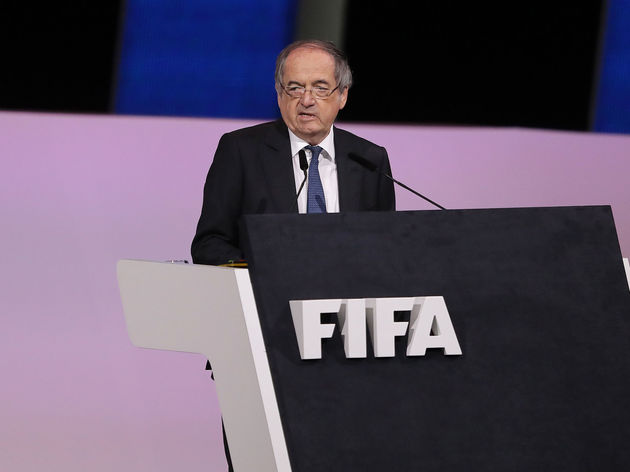 Lyon president Jean-Michel Aulas also spoke on the issue (via ​France Info). Whilst Aulas did support the idea of stopping games, he echoed Le Graet's call for such a measure to be used sparingly, although Aulas' argument was that rival fans could look to exploit the rule to try and disrupt matches.

"We are generally able to protect ourselves from very serious incidents. However, when incidents, especially racism, go beyond a certain limit, we have always found solutions to punish those responsible," Aulas added.