​Midfield maestro Kevin De Bruyne has promised Vincent Kompany that he will join his former skipper at Anderlecht once his career at Manchester City comes to an end.

The English champions are set for an emotional evening at the Etihad as they bid a final farewell to their legendary captain in his testimonial tonight.

Kompany led City to four Premier League titles during his 11-year stay in Manchester. His stunning strike against Leicester City was his parting gift as he effectively handed the Citizens the title as they completed a historic domestic treble. In true Vincent Kompany style however, he has been ruled out of his own night through a slight hamstring injury.

Speaking ahead of the testimonial, with quotes carried by the ​Sun, KdB said:

“If he does do that for me I will already have my next destination lined up; my next job.

“I will definitely miss him being around City.” 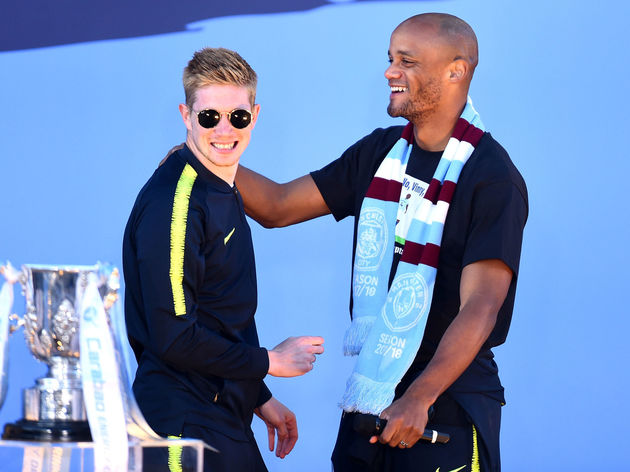 The Belgian also revealed that his national captain was instrumental in convincing him to make the £54m move from Wolfsburg back in August 2015.

“At the time City were trying to sign me from Wolfsburg and Vinny was pushing for me to move to Manchester to play alongside him.

“He would constantly ask me when I was coming. He would say ‘you need to come’, constantly encouraging me to join City.” 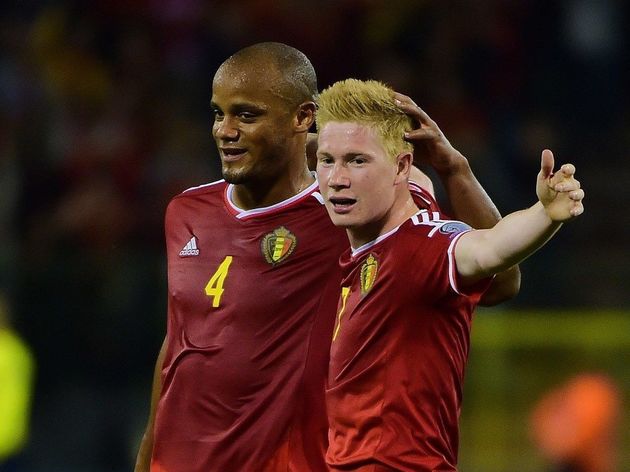 De Bruyne was also quoted in Kompany's new book, 'Treble Triumph', written by Ian Cheeseman, in which he praised his captain and friend for the work that he did behind the scenes:

“It’s a team game, it’s not about individuals and he was always playing his part even when he wasn’t in the team, but of course during the last couple of months he was playing all the games.

“It’s a big commitment to give nearly eleven years of your life to a team. The biggest part of his life has been here at City, and to leave that is always a difficult moment.

“I think the way his career ended in Manchester was beautiful.”