How Man Utd Players Got on During the September International Break

Mason Greenwood, Angel Gomes and Tahith Chong have had time away from Manchester to play junior international football for England and Netherlands respectively.

Despite still only being 17 years of age, Greenwood made his debut for England Under-21s, appearing as a substitute for around half an hour each in wins over Turkey and Kosovo in 2021 European Championship qualifying.

Gomes, meanwhile, was part of the England Under-20 squad, starting in a 0-0 draw with Netherlands and coming off the bench in a 1-0 win over Switzerland. United teammate Brandon Williams, who is yet to play for the first team, started both games.

Elsewhere, Chong had just under 20 minutes as a substitute as Netherlands Under-21s kicked off their 2021 European Championship qualifying campaign with a 5-1 victory over Cyprus.

In what was his maiden action of the season after being left out so far at club level, Marcos Rojo made his first appearance for Argentina since the 2018 World Cup as a starter in a comfortable 4-0 friendly win over Mexico played in the United States.

Rojo managed 45 minutes at centre-back and was taken off at half-time. He had earlier been an unused substitute for a 0-0 draw in a friendly against Chile, also played on American soil. 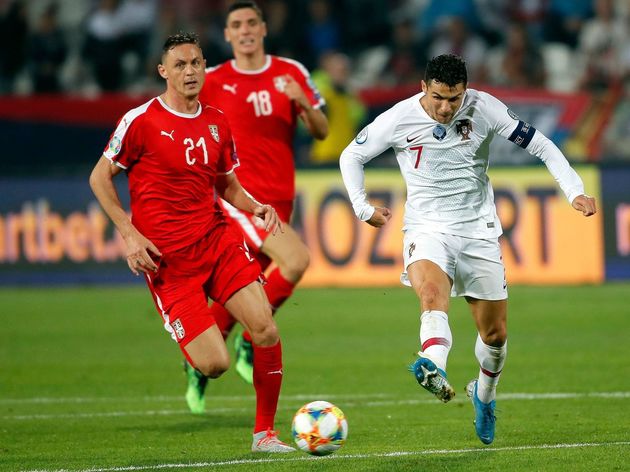 Nemanja Matic played his first international football since last November as Serbia took on Portugal and Luxembourg in Euro 2020 qualifiers, with mixed results.

The United midfielder played the full 90 minutes as Portugal won 4-2 in Belgrade to leapfrog Serbia in the qualifying group. He was left out of the starting XI for the subsequent game in Luxembourg, but came off the bench in the closing stages of the vital 3-1 win. Victor Lindelof was critical of his own performance as Sweden dropped two points at home in a 1-1 Euro 2020 qualifier draw against Scandinavian neighbours Norway. The centre-back described his own game as ‘lousy’ and a win would have given Sweden some breathing space.

A few days earlier, Sweden cruised to a 4-0 win over Faroe Islands. Lindelof scored in that game, only his third international goal. These two outings for Blågult were actually the 25-year-old’s first for the national team since last November after missing the last six games. Scott McTominay started twice as Scotland lost Euro 2020 qualifiers to Russia and then Belgium, leaving their hopes of qualifying for a first major tournament resting on the playoffs instead after previously securing a berth by winning their UEFA Nations League C group.

McTominay was deployed as a holding midfielder and, despite unsurprising eagerness, found it difficult to get a foothold as Scotland were second best in both games. Having already scored three times in the Premier League this season, Daniel James continued his incredible run of form by netting a superb goal in Wale’s 1-0 friendly win over Belarus. It was another that saw him cut in from the left to find the far corner.

A few days earlier, the 21-year-old had played the whole game as Wales beat Azerbaijan in a Euro 2020 qualifier that was crucial to keep their hopes of reaching the tournament alive. 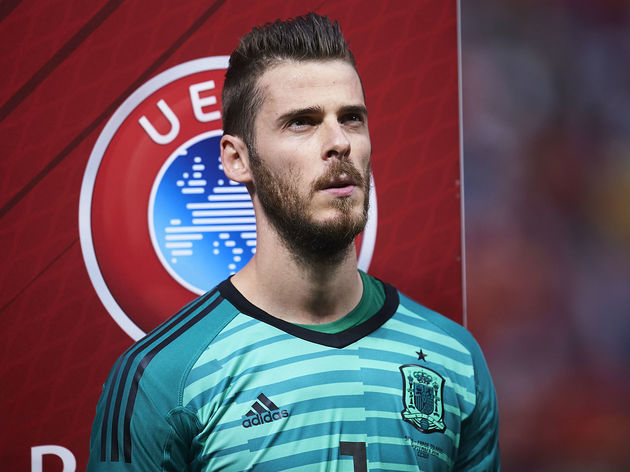 David de Gea is currently second choice to Chelsea goalkeeper Kepa Arrizabalaga as far as the Spanish national team is concerned and was on the bench for a fourth consecutive international as La Roja earned a historic 2-1 away win in Romania.

It has been the case over the last year or so that Spain have typically given their backup goalkeeper an opportunity in fixtures deemed easier, especially if there is a less challenging game that comes second in a pair of international fixtures.

That had been the case in November when De Gea started in the UEFA Nations League against Croatia, while Kepa got the nod for a Bosnia friendly a few days later. It happened again in March when De Gea started the first Euro 2020 qualifier against Norway, but Kepa got Malta.

Unfortunately for De Gea, the situation is now reversed and he is the one getting the pity games. After Kepa faced Romania, De Gea returned to the side for the 4-0 win over the Faroe Islands. There would have been more United players on England duty to report on this month, but Aaron Wan-Bissaka had to withdraw from his first senior call-up because of a back injury, while Jesse Lingard was released from the squad as a result of illness.

That left Harry Maguire and Marcus Rashford in action for the Three Lions.

Maguire played every minute of both games, the 4-0 win over Bulgaria and the thrilling 5-3 victory against Kosovo. He wasn’t overly tested against the former, but his performance against the latter wasn’t viewed favourably after poorly giving away a penalty.

Rashford started against Bulgaria and was involved in two goals, although interpretations of his overall performance have been quite divided. He was then rotated out of the starting XI in favour of Jadon Sancho for the Kosovo game and got only five minutes at the end.