​Regardless of what you think about Tottenham Hotspur, we can all agree that Harry Kane is amongst the finest strikers around. He's so good at what he does, and nobody else at the club comes close.

It's been that way for years. Kane has effortlessly fought off competition from Fernando Llorente, Vincent Janssen, Roberto Soldado and Emmanuel Adebayor, and he's so untouchable that Mauricio Pochettino hasn't even bothered recruiting a backup this season. 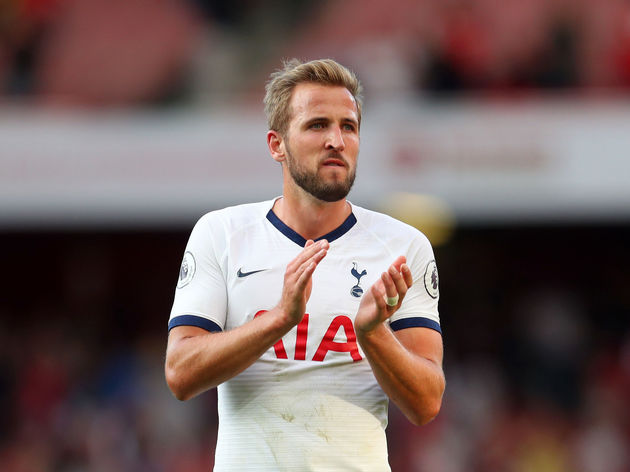 That decision could prove to be a stroke of genius thanks to one man: 17-year-old Troy Parrott.

The Republic of Ireland youngster has taken academy football by storm, firing 14 goals in just nine league games for the Under-18 side last season. He has been moved up to the Under-23s this year, whilst he has also established his place in Ireland's Under-21 side.

During the international break, Parrott was in electric form. On his debut, he fired home the winner against Armenia, before netting a brace in a 3-1 win over Sweden on Tuesday. However, for all his good form, Ireland first-team boss Mick McCarthy warned Parrott (via ​Sky Sports) that he won't get a senior call-up until he becomes part of Pochettino's side.

Pure  as Stephen Kenny's side turn on the style in Sweden 

Fortunately for Parrott, he shouldn't be waiting too much longer to make that breakthrough. Pochettino is well aware of him, having included the youngster in his pre-season squad, and a ​Premier League debut is surely on the horizon.

A versatile forward, Parrott is adept in midfield or on the wing but the teenager is at home as a striker, and it is here where Parrott does his best work. He is a strong, physical presence with deceptive agility, and he loves

After releasing the ball with a perfect pass, Parrott knows exactly where to position himself in the box, and rarely needs more than one chance to score. However, he is far more than just a poacher.

If any of this sounds familiar, it's because it's exactly what we have seen from ​Kane over the last few years.

His work rate and undying stamina have helped him establish himself as one of youth football's finest, but his skill set is perfect for senior football. He can go toe-to-toe with powerful centre-backs, but also challenge even the fastest of wingers in a race. Not many can claim to do the same. At the minute, Parrott is stuck playing academy football. He has already proven to be too good for that level, so he needs a bigger test, and he is certainly ready for it.

Displacing Kane from the ​Spurs lineup will be a monumental challenge for Parrott, but he looks up to the test. After all, many would have said the same about Kane in 2014, and look how that worked out.