​A fifth place finish in the league and defeat to Chelsea in the Europa League final last season condemned Arsenal to another year of Thursday night European football.

They kick off this year's campaign with a tough trip to face Eintracht Frankfurt on 19 September. Despite Frankfurt losing basically their whole team during the summer, the Gunners won't have it easy in the game if their recent struggles against German opposition are anything to go by. Arsenal have, in fact, according to Opta, lost their last four games away to German opposition. Unai Emery will be hoping to end this run, during which they have scored just twice and concede 13 times, and get a result in Frankfurt.

The curse began during the 2014/15 Champions League group stages as Arsenal lost 2-0 to Borussia Dortmund thanks to goals from Ciro Immobile and current Gunner Pierre-Emerick Aubameyang.

Arsenal would have been confident of making amends in Germany the following season, again during the Champions League group stage. After beating Bayern Munich 2-0 at the Emirates, Arsene Wenger's side travelled to Bavaria with optimism. However, goals from Robert Lewandowski, Thomas Muller, David Alaba and Arjen Robben condemned the Gunners to a 5-1 thrashing.

Arsenal's hearts would have sank as they were drawn against Bayern once again in the 2016/17 Champions League round of 16. The German giants again ran out 5-1 winners thanks to Robben, Lewendowski, Thiago and Muller. Alexis Sanchez's equaliser had given Arsenal hope but it proved to be short lived.

The Gunners had little hope in the return fixture at the Emirates. The result...you guessed it...5-1 to Bayern to complete a humiliating 10-2 defeat on aggregate. 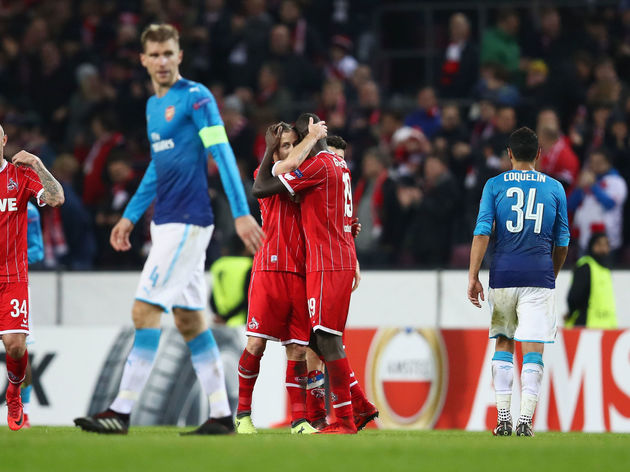 The only upside to Arsenal's failure to secure Champions League football for the next season was that they would be safe from their German tormentors. Or so they thought.

Arsenal came up against 1.FC Koln in the 2017/18 Europa League group stages and once again failed to win in Germany. A Serhou Guirassy penalty enough to separate the sides.

The Gunners will certainly be hoping that a change of manager and one of Europe's most electric attacking lines will be enough to change their fortunes in Germany ahead of next week's clash.