​Sergio Ramos has denied that he deserves a reputation as a 'master of the dark arts', claiming that he always plays with the 'right heart'.

The 33-year-old has built up a reputation over the years as a defender who is comfortable bending the rules and breaking footballing etiquette in order to gain an advantage.

Most recently, Ramos has been accused of deliberately targeting ​Mo Salah with physical challenges in the 2018 Champions League final, whilst he also admitted to getting himself a yellow card on purpose against Ajax in this year's competition - in order to avoid suspension for the next round.

However, when quizzed by the ​Daily Express as to whether his infamous reputation was deserved, the Spanish international defended himself. 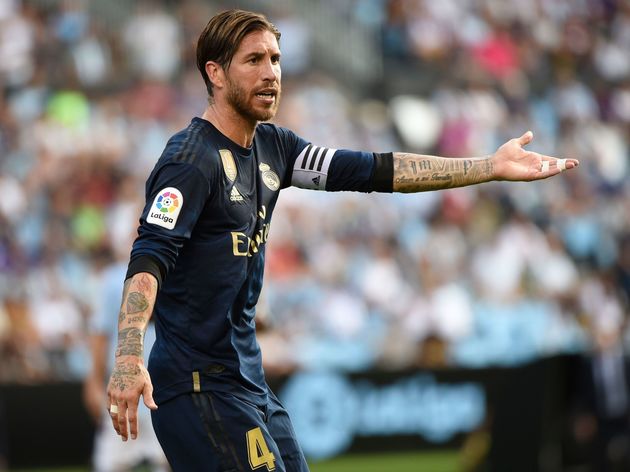 The Real Madrid star went onto to claim that he has never intended to hurt an opponent.

"When you have to go against a nice forward player or striker you have this nice duel and of course inside the right context where you don’t want to harm anyone, and with the right intention and the right heart. “It is a game, you go to win and try to defend yourself but always inside you have respect," Ramos claimed.

Despite the defender's claims that he respects the laws of the game, his disciplinary record is quite remarkable. Ramos is the most carded player in ​La Liga and ​Champions League history, whilst he has also received more cautions than any other player for the Spanish national team.