After gaining promotion back to England's secondary division in May, Barnsley have struggled so far this term, picking up just the solitary win in the league against Fulham way back on the opening day of the season.

They're already in a bit of trouble and sit 21st in the table, meaning a victory on Sunday is needed to ease the early pressure. Marcelo Bielsa’s Leeds are looking to put last season’s playoff heartache behind them and have so far conjured up four league victories. However, a defeat last time out at Elland Road to early pacesetters Swansea was a blow.

They'll be looking to bounce back this weekend when they travel 22 miles south to Oakwell on Sunday.

Tickets for the game are, as ever, available on both teams official club websites, though membership is required in order to purchase. In terms of resale, both teams provide the option to make season tickets available for others to use, if a supporter is unable to attend the game themselves.

​Barnsley will be without a few first team players this Sunday. Firstly, goalkeeper Sami Radlinger remains out and is expected to be sidelined until December after suffering knee ligament damage against Luton Town in August.

Striker Cauley Woodrow has a calf injury and defender Bambo Diaby has an ankle problem, with both doubtful after missing the match against Wigan two weeks ago. Left back Ben Williams is suspended after being sent off in the final minutes of that Wigan game for a horror tackle. However, midfield duo Alex Mowatt and Cameron McGeehan should both be fit after missing out last time, which will be a big boost for manager Daniel Stendel.

​Leeds boss Bielsa has injury worries of his own. Whilst defender Luke Ayling and attacker Tyler Roberts are now fully weight-bearing following their injuries, both are expected to miss the encounter against Barnsley, with their return dates set for the end of the month.

Youngster Jordan Stevens will also not be in the squad after he was ​banned by the Football Association for six weeks for breaching betting rules. In more positive news, Kalvin Phillips is set to start after signing a new ​five-year deal with the club on Monday. Barnsley have struggled to pick up results so far on their return to the Championship, leaving them near the foot of the table.

After an impressive victory against promotion hopefuls Fulham at the start of August, they have failed to win since, losing away at Birmingham and at home to Luton. The Tykes also crashed out of the Carabao Cup to League Two side Carlisle, making August a very disappointing month.

They did however manage to pick up a hard-fought point in Lancashire last time out against Wigan, which Stendel will look to build on against Leeds.

Meanwhile, Leeds have been brilliant on the road so far this term, notching victories in all three league away games. Bristol City were brushed aside on the opening weekend with Wigan and Stoke well beaten since. 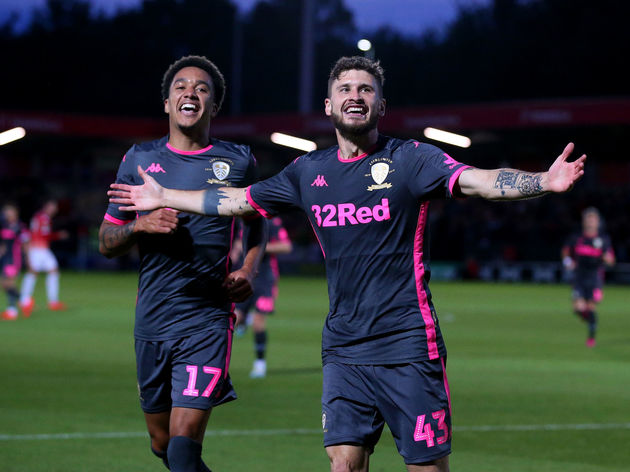 However, they did suffer a first league defeat of the campaign last time out against Swansea, which may have dented confidence a little. Bielsa though will be demanding his side bounce back with a win on Sunday to push Leeds back into the top two of the ​Championship.

Leeds should have enough quality to bounce back this weekend and record another important win on the road.

While Barnsley managed to pick up a point against Wigan before the international break, they have still not won since the opening day of the season, suffering a poor defeat to Luton the last time they were at home. Confidence in the squad will be relatively low, and even though they’ll be fired up in this Yorkshire derby, Leeds' attack - which includes Patrick Bamford, Pablo Hernandez and Jack Harrison - should have far too much pace, power and skill for the Tykes.