Barcelona youngster Carles Aleña has claimed he doesn't have an explanation for his exclusion from the last two matchday squads, after it was revealed that boss Ernesto Valverde blocked a loan move to Real Betis in the final moments of the summer transfer window.

According to a report from Marca, it is understood that Betis, who are managed by ex-Barça coaching staff member Rubi, wanted the midfielder at the end of the transfer window, and the 21-year-old was similarly keen on making the loan switch. 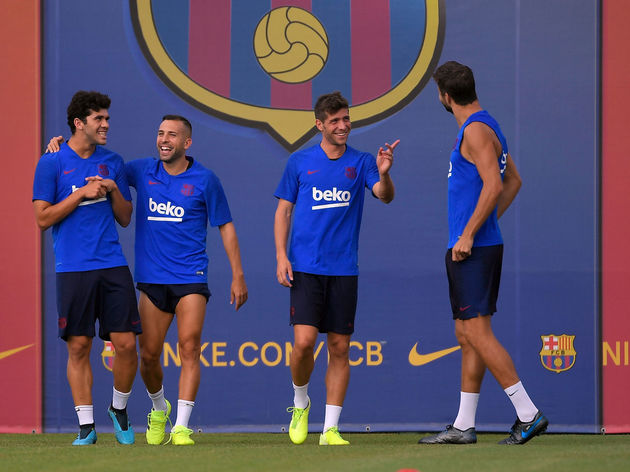 However, at the last minute, Valverde personally intervened, claiming he wanted to keep Aleña around as an option for his midfield. Before this unfolded, the number 19 had started La Blaugrana's inaugural La Liga clash against Athletic Club.

However, following that defeat, the youngster was then excluded from the subsequent clashes against Betis on 25 August and Osasuna on 31 August.

Speaking to RAC1, as quoted by Marca, while on international duty with the Spain Under-21s, Aleña said: "There is no explanation for me being dropped after the game in Bilbao.

"No player likes being left out of the squad. It's a decision taken by the coach. Of course it affects the player."

It's not been a great international break for Antoine Griezmann. . . pic.twitter.com/J8Wcc6HzJF

However, he also explained that he is keen to fight for his place in the side.

"I think I have a chance of fighting for a spot in the line-up," he said. "I think everyone who is in the squad will be used. I 100% believe I can turn the situation around.

"I am determined to succeed at ​Barcelona."