​Cristiano Ronaldo has claimed he has little interest in individual awards, amid speculation over who will win this year's Ballon d'Or.

The Portugal international has collected the trophy on no less than five occasions and is currently tied with Lionel Messi for the most wins by a player, though both stars were beaten to the award last year as Luka Modric took home the gong.

Despite this, ​Ronaldo has said he does not give too much thought over which of the legendary pair will finish their career with more individual awards. Speaking after scoring four goals in Portugal's 5-1 victory over Lithuania, Marca quotes the 34-year-old rejecting his attachment to personal accolades.

He said: "As I always say, I don't live football thinking about individual prizes. That comes as a result of what is won collectively. But it's good, I won't lie."

Due to his advancing years, Ronaldo was also quizzed on how long he feels he could continue playing for the national team - to which he gave a very healthy forecast.

He added: "I feel good. I am proud to represent my national team. 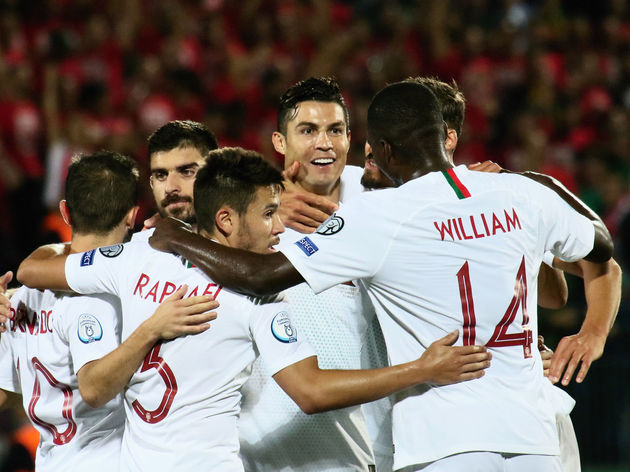 Their most recent win against Lithuania moved Portugal within five points of Ukraine, who currently top Group B in Euro 2020 qualifying. However, Ronaldo's side have a game in hand though and still have to face the group leaders, leaving them with a good chance of winning the group.