​Gareth Southgate was left unimpressed by England's haphazard defensive display on Tuesday evening, as the Three Lions ran out 5-3 winners over Group A rivals Kosovo.

England gifted the away side a shock lead inside the first minute of the match when Michael Keane surrendered possession on the edge of his own penalty area, Valon Berisha punishing the Everton centre back accordingly. 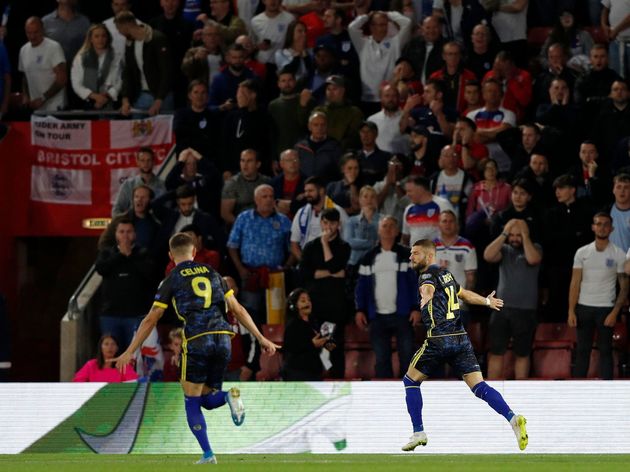 Southgate's side were cruising 5-1 at half-time but their shoddy defending presented their opponents with two goals in the second half, setting up a tense final half hour at St Mary's.

The England boss told ITV as reported by ​the Evening Standard he was happy with the attacking display, but was left disappointed by the defensive lapses which almost allowed Kosovo back into the match.

He said: "Poor errors for the goals. [I'm] really pleased with the composure we showed to come back from the early mistake.

"We've got to [be] better. The players don't really need me to tell them that.

England bounced back from their early deficit to lead inside 20 minutes, thanks to goals from ​Harry Kane and the irrepressible ​Raheem Sterling.

An own goal from Vojvoda Mergim extended the Three Lions' lead, before Sterling laid on two fabulous assists for Jadon Sancho to open and then double his England tally.

A feeling I can’t describe! 朗
Scoring my first goal for my country will be a moment in my life I’ll never forget! #ForYouNana ❤️ pic.twitter.com/TbNMY8YNdg

Victory seemed a formality until two lapses of concentration early in the second half gave Kosovo hope of a dramatic comeback.

Although England saw out the match relatively comfortably, Southgate was rightly concerned by the ease at which his side conceded possession at times, and the 49-year-old has plenty to ponder ahead of the next international break where they'll face the Czech Republic in Prague and Bulgaria in Sofia.